Caption Literature
A German Romanesque Cast Bronze Dragons Head
Probably from a massive ecclesiastical bronze door
Circa 1100 – 1150
Size: 13cm high, 22cm long, 10cm wide – 5 ins high, 8¾ ins long, 4 ins wide
A small number of Romanesque churches and cathedrals can be found widely scattered over Europe whose entrances are still adorned with their original bronze doors. These generally date from between 1015 and 1190 and can be found in Italy, Germany, Poland and Russia. Those that present scenes from the old and new testaments in high relief are mainly found in Germany and Italy.
These bronze sculptures appear to have a connection with the art of manuscript illumination both in form and subject matter. Romanesque illumination had an inspiring influence on sculptural art that also protected the mysteries of the church. The bronze doors were the entrance and the threshold of a sacred edifice and their representation of the story of salvation indicated most impressively the mystery which took place within. The doors were the borderline between the exterior and the interior; between the profane world and the sacred precinct. 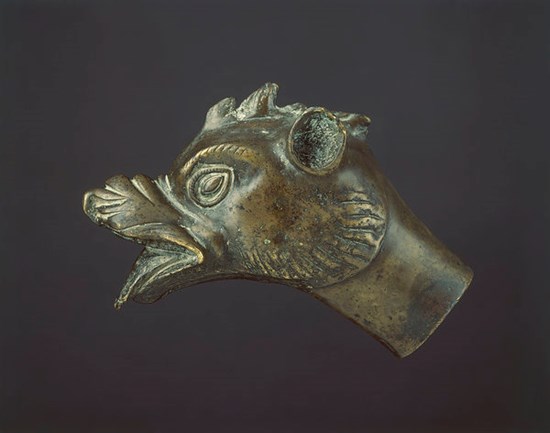 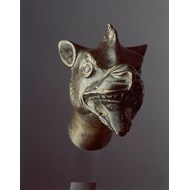