Caption Literature
A Set of Ten Northern Indian Erotic Paintings
Gouache on paper taken from a ledger, the reverse of one reading ‘Guard’s road guidance for parcels and luggage’ with ink inscriptions detailing cargo travelling by rail to Delhi from Lahore and other Indian railway stations
Late 19th Century
Size: 26.5 cm high, 19.5 cm wide – 10½ ins high, 7¾ ins wide
The numerous semi-independent Hindu rulers of the Kingdoms of Rajasthan, Central India and the Punjab hills retained to some extent their bold pre Mughal traditions of devotional and poetical manuscript illumination, but were extensively influenced by the Mughal style of court portraiture. This widespread influence of the Imperial court style throughout Northern India became to some extent a unifying factor in the diversity of regional production. It was a more naturalistic vision than had prevailed before in Indian art and its conventions were freely interpreted by Provincial Hindu artists who were also rooted in their own longstanding traditions of painting.
Erotic painting was thus influenced by the Muslim Moghal conquest, but for religious reasons there was no corresponding school of painting in the Arab world. Paintings such as these were often produced to illustrate the ancient Hindu text of the 'Karma Sutra'. 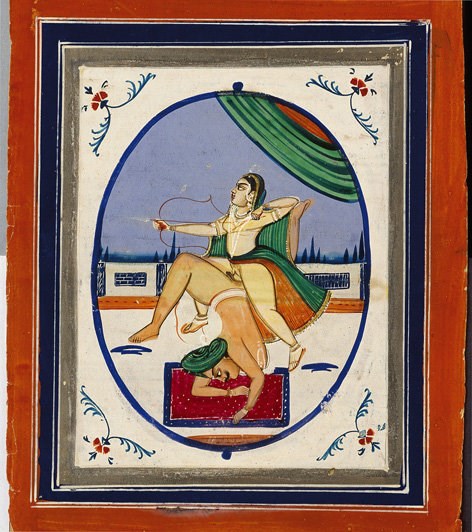 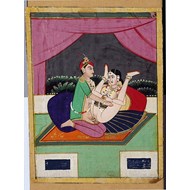 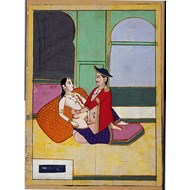 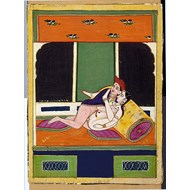 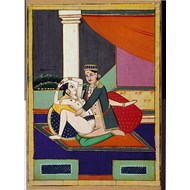 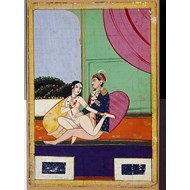 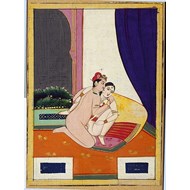 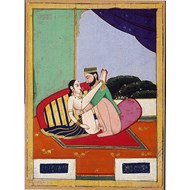 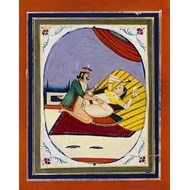