Caption Literature
Two Interesting English Coffin Plates Decorated With Armorials
One brass ‘Sr Henry Hickes Knt Died Janry 6th 1757 Aged 80 Years’
One copper ‘Dame Margeret Hicks Died Y 28th January 1738 in the 47 Year of her age’
18th Century
Size: 41cm high, 32.5 cm wide – 16¼ high, 12¼ ins wide
33 cm high, 28 cm wide – 13 ins high, 11 ins wide
With thanks to John Allen for his help in researching the two plates
Sir Henry Hickes was born in 1677 of a Cotswold family from Shipston-on-Stour. He married Margaret Rotham of Kent and in 1718 is listed as being the first Deptford member of the Ancient Society of college youths, a bell ringing fraternity which was formed in 1637 and that is still active today around the world. He became Kent steward of this Society in 1726 and then the National Master in 1731.
He is however, recorded as living in the parish of St Paul's, Covent Garden in 1722 where he and his wife Margaret, had two children, Thomas and Margaret, born in 1720 and 1721, who were baptised at the church of St Paul's. He was presumably considerably wealthy by this time as he is listed as being granted arms by John Anstis, Garter King of Arms and an M.P for Cornwall, in 1722.
Sir Henry Hickes probably made his fortune in London before moving his business and family to Deptford, an important naval dockyard and trading port, where he is recorded as living in 1733/34 when he was knighted as High Sheriff of Kent.
An interesting letter of Mr William Watson FRS notes â€¦.. an object â€¦ 'weighing 19 ponds avoirdupois was removed from the stomach of a dray horse belonging to Sir Henry Hickes, Knt of Deptford'. ! 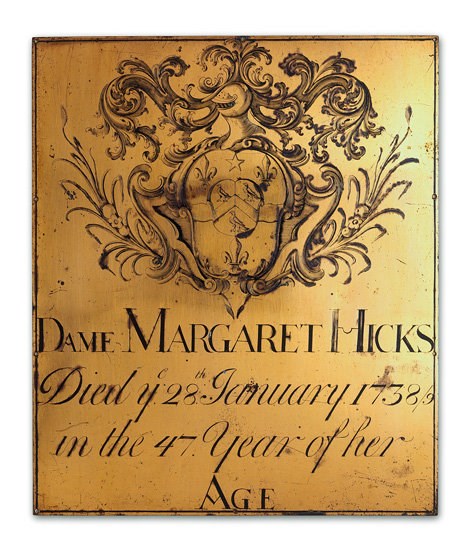 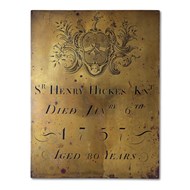