Caption Literature
Two German Mechanical Mathematical Models for the Demonstration of Theorems of
Projective Geometry
Black lacquered brass overlaid paper. A makers label for Martin Schilling, Halle AS /Leipzig, to the top, reading: ‘Jnversor Von Sylvester und Kempe 1875’ and ‘Jnversor Von Hart 1874’
Late 19th Century
Size: 25.5 cm long, 20.5 cm wide, 5 cm high – 10 ins long, 8 ins wide, 2 ins high
Bertrand Russell noted philosopher and mathematician wrote 'Mathematics, rightly viewed, possesses not only truth, but supreme beauty'.
The Greek word geometry means earth measurement, and the ancestors of modern geometers were the land surveyors of ancient Egypt who had the task of re-establishing boundaries washed away by the periodic flooding of the Nile, and the architects who built the so obviously geometrical pyramids.
Amazingly their utilitarian use of various properties of lines, angles, triangles and circles was all un-accompanied by any detailed mathematical study. It was not until the 6th century BC that Thales started the Greek development of geometry as a mathematical discipline and indeed geometry was the first mathematical discipline. 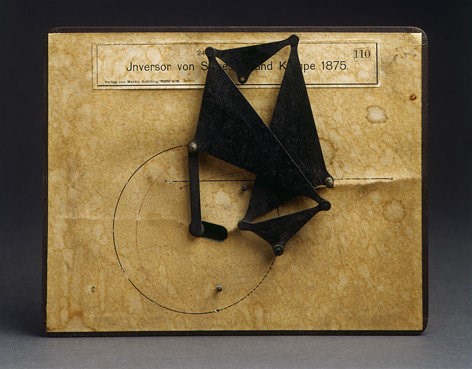 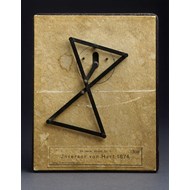