Caption Literature
A Chinese Ritual Bronze Blade
With Taotie design around an aperture and with scroll work along the edge
Shang Dynasty – Circa 1500 -1028 B.C
Size: 16 cm high, 7.5 cm wide – 6¼ ins high, 3 ins wide
Early Chinese texts state that the two most important duties of the ruler were to make sacrifices and to wage wars. Of the two it seems that making sacrifices to the ancestors was considered more important and to the Shang rulers it seems that the construction of an ancestor hall even had priority over the construction of a Palace.
The Chinese ancestral cult was not based solely on the veneration of the soul of the deceased. It was also concerned with the individual soul's well being so that the deceased had to be properly equipped for life in another world and the task of supplying these material requirements fell to the descendants who would provide both grave gifts and subsequent sacrifices so that the deceased could continue to live as he or she had on earth.
The ancestors cult was entirely dependant on procreation. If a person had no descendants the continued existence of his soul would be endangered. Thus it was considered worse to have no descendants than to neglect the performance of ancestral sacrifices. 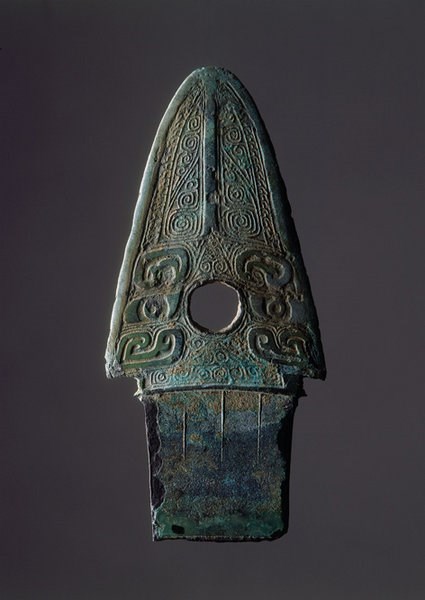