Caption Literature
A Finely Painted German Gouache on Paper
Detailing the Coat of Arms of Mark Count Wilhelm Von Baden (1593-1677)
With a portrait of his patron saint Ignatius of Loyola to the reverse
Late 17th Century
Size : 11.5 cm high, 8 cm wide – 4½ ins high, 3¼ ins wide
The motto written in an 18th century hand beneath the armorial reads : 'Hac Imago Fuit Serenissimi Guillemi Fundatoris Collegii Badensis'. This refers to the Jesuit college which Mark Count Wilhelm Von Baden founded in 1647.
The reverse shows an illuminated miniature of the count's patron saint Ignatius of Loyola (1491-1556) who was canonized in 1622. Saint Ignatius, the youngest son of a Basque nobleman, was first a soldier who fought the French in Castile and was wounded at the siege of Pamplona in 1521. As an ordained catholic priest he later founded the Society of Jesus which was run along military lines with an insistence on total obedience. The Jesuit's were prominent in foreign missionary work and were pioneers in the Far East, India, China, South America, Canada, Ethiopia and the Congo. However, Saint Ignatius was directed by the Pope to Germany to mount a counter attack against the diatribes of the Lutherans and Calvinists who were causing a crisis in Catholic Europe. Fundamental to the whole enterprise of the counter reformation was the in-obtrusive, but influential educational work of the Jesuit schools. Mark Count Wilhelm von Baden founded one of these Jesuit schools in 1647, 25 years after the canonization of his patron saint. 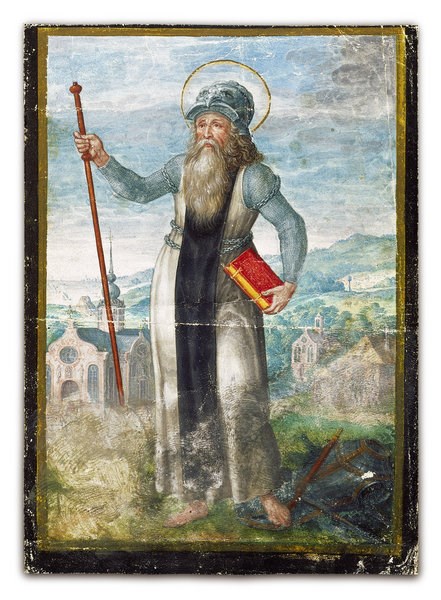 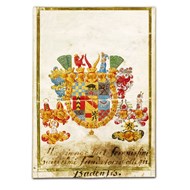