Ishtar, known as Inanna to the Sumerians, was universal as a goddess in various forms in the ancient middle east. She was the Akkadian supreme goddess of sexual love and fertility and was also the goddess of war, ‘the lady of battles’. Her symbol was an eight pointed star that was identified with the planet Venus. Later to the Romans the goddess was known by this name.
Idol like images extend back to Neolithic times, but around 3000 BC a new view of the world emerged in Mesopotamia, a view that conceived the image of priests, gods and goddesses in more realistic terms and this small sculpture demonstrates the beginnings of these artistic changes. 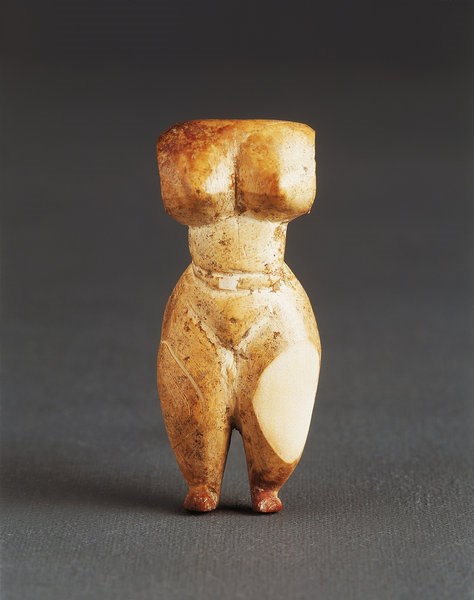