Caption Literature
An Ancient Roman Bronze Strigilis
1st – 2nd Century AD
Size : 25.5 cm long – 10 ins long
Soap became known only in Imperial Times and in its stead a bather would be frequently anointed by a slave with perfumed oils and then a strigilis would be used to scrape away the oil and with it, the dirt and perspiration, from the skin. After this the bather would take a cold plunge and then be dried with linen towels. The hair and skin were again rubbed with ointments that were scented with rose, myrtle, cypress, crocus or expensive oriental ingredients.
Public bathing establishments were a major focus for relaxation and the Romans were so fond of the bath that if an Emperor or rich citizen presented the people with a free bath for a day or longer, or in perpetuity, he won great credit. It was not uncommon for a wealthy person to leave money in their will to defray the costs of public bathing. 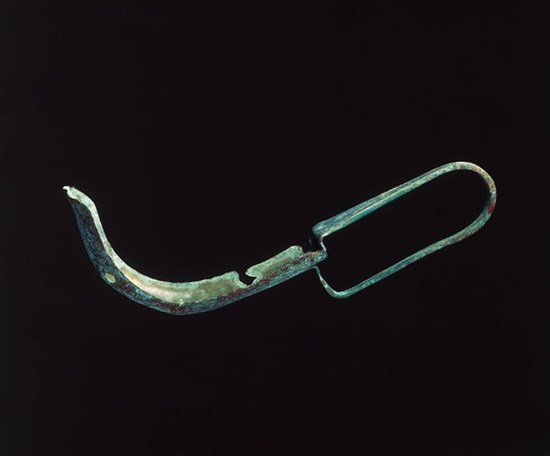