Caption Literature
A Rare Large Rock Crystal Tear Shaped Pendant Drop
17th/18th Century
Size : 15 cm long, 9.5 cm wide, 6 cm deep – 6 ins long, 3¾ ins wide, 2¼ ins deep
The Greeks believed rock crystal was made of frozen water and the Greek word for ice ‘Krystallos’ gave crystal its name. It is a fascinating colourless quartz with astonishing inclusions running through it. It is held by many different cultures to have sacred and magical qualities and as early as 2000 BC was known and used for a variety of shamanistic purposes.
As a marvel of nature it is found in all the cabinets of curiosity in Europe. Piero de Medici had a little chamber or studiolo of 5 x 4 metres built next to his bedroom in which his whole collection of objects was displayed so that he could admire them at will. One of the most valuable was described as a ‘crystal bowl with a gold framed lid decorated with enamel shapes, pearls, rubies and sapphires’ and was valued at 700 florins (a house cost 1000 florins in the 15th century).
This quest for treasures, art and the curiosities of nature stemmed from the Renaissance desire to unveil the divine order that the chaotic disorder of the world and so provide a means of perfecting and improving it. 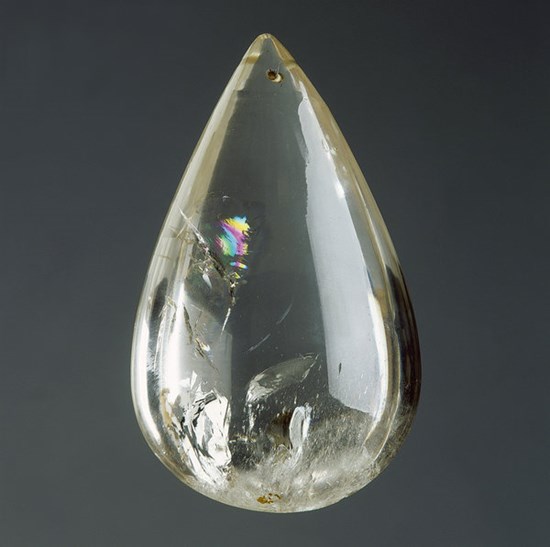