Caption Literature
An English 18th Century Oil on Panel of the White Witch and Prophetess known as
‘Mother Shipton’
With old label to the reverse :
‘Mother Shipton. Agatha Southiel was born in the reign of Henry VIII nr Knaresboro’ County York. When abt 24 yrs of age she marries Toby Shipton a builder of Shipton a village nr York. Her last prediction was recounting her own death which was literally fulfilled in the { y ? } when upwards of 73 years of age’
Oil on oak panel, gilt frame
Circa 1750
Size : 15 cm high, 12 cm wide – 6 ins high, 4¾ ins wide
27.5 cm high, 23.5 cm wide – 10¾ ins high, 9¼ ins wide (framed)
Mother Shipton’s name was actually Ursula Southeil, her mother was Agatha Southeil, an orphan who at fifteen became pregnant outside wedlock and was so victimised by the local townsfolk that she fled to a cave by the Dropping Well at Knaresborough on the opposite bank of the River Nidd to give birth. The mysterious petrifying property of the water that runs down the cliff into the well made this a shunned place and was regarded with fear by the superstitious. Today this well and Mother Shipton’s cave are a major tourist attraction with votive offerings such as teddy bears attached to the rock-face to be petrified.
Ursula was born deformed in the unhallowed cave and according to an account published in 1686 was referred to as ‘Hag-Face’ and ‘Devils Bastard’ as she grew up. Both her growing reputation as a witch and her appearance did not deter a York carpenter and builder Toby Shipton from marrying her in 1512 and although they remained childless their relationship was described as ‘very comfortable’.
Mother Shipton was credited with mystic powers and through the centuries her predictions, originally passed down by word of mouth were held in the same high regard as those of her contemporary Nostradamus. Her early forecasts were to do with local people and events but as time passed her prophecies began to relate to the country as a whole and her most impressive had to do with prominent figures at the court of Henry VIII. She predicted that Cardinal Wolsey, the ‘Mitred Peacock’ would see York, but never reach it. In 1530 after falling out of favour with the King, Wolsey set out to find refuge in the north and was within sight of York when Lord Percy arrived with a Royal Summons demanding he return to London to face a charge of high treason.
Her reputation has been kept alive by her fortelling of events in the more distant future : Lady Jane Grey, the Spanish Armada, the Great Plague and most famously the Fire of London, at the start of which Samuel Pepys wrote in his diary, ‘see â€¦.. Mother Shipton’s word is out’. Some of her prophetical verses foretold iron ships, motor transport, submarines and even aircraft. Perhaps even the internet ? â€¦.. ‘around the world thoughts shall fly in the twinkling of an eye’
Mother Shipton died in 1567 and is said to have been buried in un-consecrated ground. On one occasion warned that her activities might lead to her being burnt as a witch she put her wooden staff in the fire and when the flames had no effect on it she said ‘if this had been burned I might have too’. 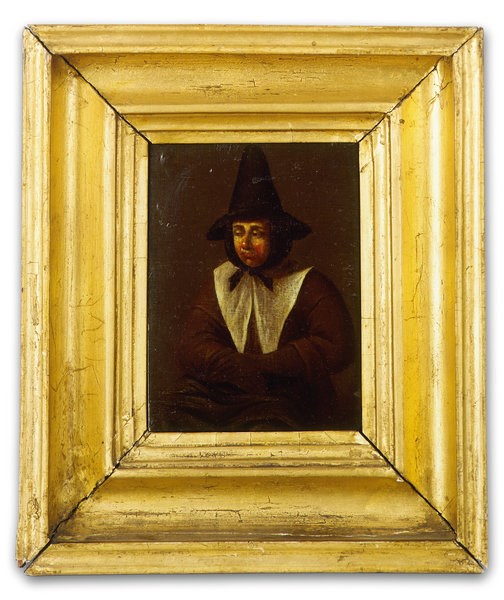