Caption Literature
A Fine small Songe wood Power Figure 'Nkisi' Democratic republic of the Congo. Fine old brown patina.
The protruding abdomen with plug, the fetish material removed from the head
Late 19th Century
Size : 18 cm high
7 ins high
A Songe fetish figure was empowered to ensure the well being of an individual, a family or a whole community. They were carved in a wide range of sizes and small figures such as this one served theneeds of an individual whilst large power figures, up to 3 feet high, served the community.
The figures would protect its people against infertility, illness, sorcery and war and would preserve terratorial claims. They were considered dangerous and could only be moved by specialists through the means of pushing with sticks or poles. The death of a ritual specialist who had furnished the figure with its power would render it ineffectual and all of its empowering materials would be removed. 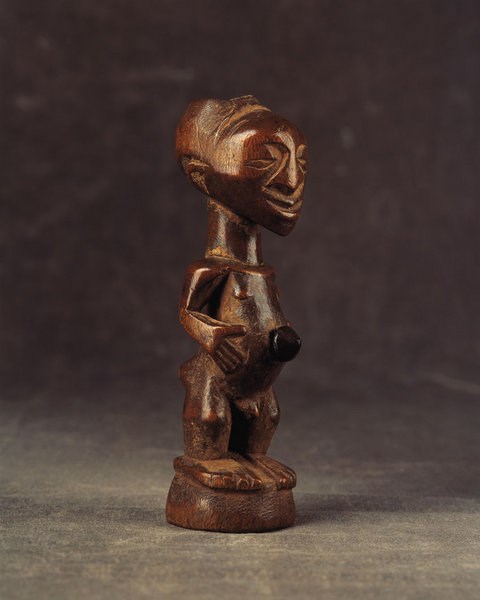