Caption Literature
A Rare and Unusual pair of Preserved Siamese Pigs
19th Century
Size : 30.5 cm high
12 ins high
Peter the Great of Russia established in the 18th century one of the finest collections of natural history which now forms the basis of the St Petersburg Museum collection. In deciding what to collect for his Kunstkammer, he sought the advice of Leibniz who in 1708 replied : 'Such a cabinet should contain all significant things and rarities created by nature and man. Particularly needed are stones, metals, minerals, wild plants, and their artificial copies, that is products of human cultivation, animals both stuffed and preserved ...'
His Kunstkammer was meant to stun, more than to order or systematize. Perhaps his weirdest and most gruesome display was his collection of human teeth all personally pilled by him, as he fancied himself a dentist. He would often demand this sacrifice of a member of the court or even of a stranger passing by.
His collection of exquisitely preserved babies may now represent an alien aesthetic, but in the 18th century death was a persistent guest at the party, and a companion of all ages and classes, and thus to understand death and disfiguration and distance yourself from it, objects such as these were made into art forms. These objects both disturb and instruct. 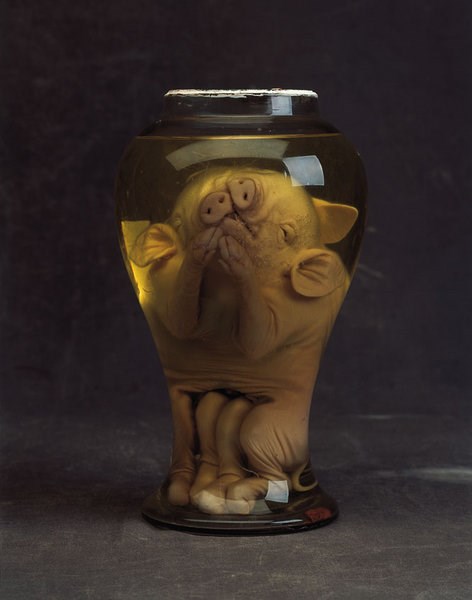