Caption Literature
A Highly Unusual English Regency Wax Model of a Turkish Gentleman with
his hookah pipe
Fine condition, contained under a glass dome. Wax, silk and human hair
Circa 1815-1820
Size : 20.5 cm high – 8 ins high ( 29 cm high – 11½ ins - glass dome )
For five centuries the West has been fascinated by the exotic world of the orient and the Ottoman Empire. Artists, writers and poets have had a deep interest in this mystical culture that has so profoundly influenced and enriched the course of Western art. During the Renaissance Venice was the strategic transit point for all trade to the Orient and became increasingly exposed to its influence, eventually being the cultural confluence of East and West.
This influence also reached Northern Europe. Artists such as Albrecht Dí¼rer who visited Italy twice became captivated by the integration of Eastern imagery into Venetian art. In the 17th century Rembrandt, an avid collector of Turkish weapons and Persian textiles, as well as a creator of a 'cabinet of curiosities', made frequent references to the art and architecture of the East.
At the beginning of the 18th century diplomatic ties were strengthened between Western Europe and the Ottoman Empire, the 'Arabian Nights' was translated by Antoine Galland and a blossoming interest in the Near and Middle East was created. Istanbul surpassed Venice as the dictator of fashion and became the favourite destination of sophisticated 18th century artists.
In 1814 Ingres painted 'La Grande Odalisque' and epitomised early 19th century fashionable society's fascination with the artefacts and lifestyle of the Orient. The West's incessant passion for Orientalism now knew no bounds. 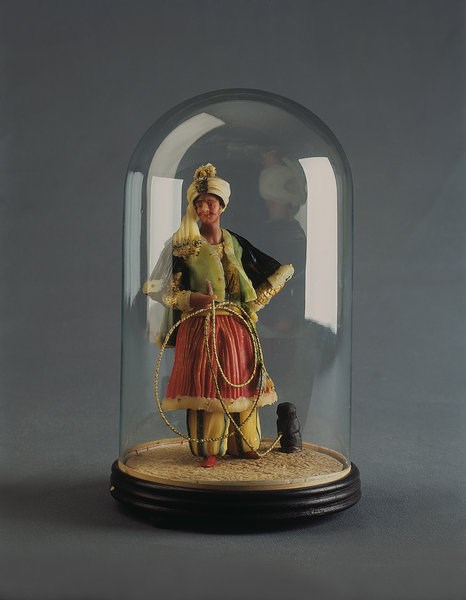