Caption Literature
A Rare New Guinea long beak nose ancestor mask, Upper Sepik river, possibly from Bruganowi Village
Early 20th Century
Size : 31 cm high, 19cm deep, 12.5 cm wide
please contact for images
The Sepik River was first explored in 1885 by Otto Fisch. He wrote of the regions cultural diversity and beauty of the villages that he saw on the banks of the river over which towered the 'men's houses'.
Later, in the early 20th century collectors of primitive art were astounded at the sheer quantity of marvelous objects to be found in this region and the extraodinary inventiveness of the forms produced in this difficult swampy terrain.
This mask with its long beak like nose is representative of an ancestors spirit and would have been fixed to a wall in the 'mens house'. In the Sepik objects are regarded as political instruments manipulated almost exclusively by the male members of the community and therfore when objects were sold their true meaning and importance was often never divulged to the buyer. 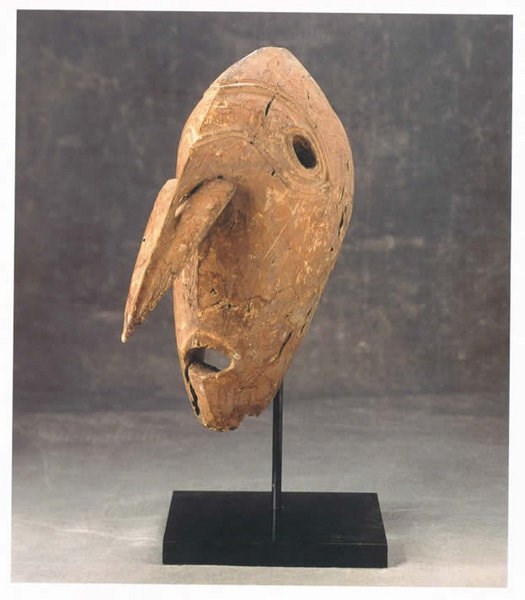