Size: 9.5cm high, 6cm wide, 1cm deep - 3¾ ins high, 2¼ ins wide, ¼ ins deep
On reaching the Japanese city of Nagasaki, Dutch sailors were ordered to put away their bibles. Christianity had been forbidden in Japan since the early 17th century and the country’s self-imposed isolation. This policy was actively pursued as is shown by the annual ritual of ‘e-fumi’, a ceremony in which the cross is trampled upon, which was parodied by Voltaire in his ‘Candide’ published in 1775. A sailor from Batavia tells how he trampled the cross four times upon arriving in Japan. The ‘e-fumi’ was seen by the Catholic Church and the Jesuit priests as anti-Christian and an insult, and was used against the reputation of the Dutch by their European trading rivals. The price of trade with Japan, they said entailed renouncing one’s faith, so Catholic Europe would not do so. Japan’s fear of Christianity supplanting Buddhism, and ultimately their whole realm, only abated during the Meiji period 1868 - 1912. 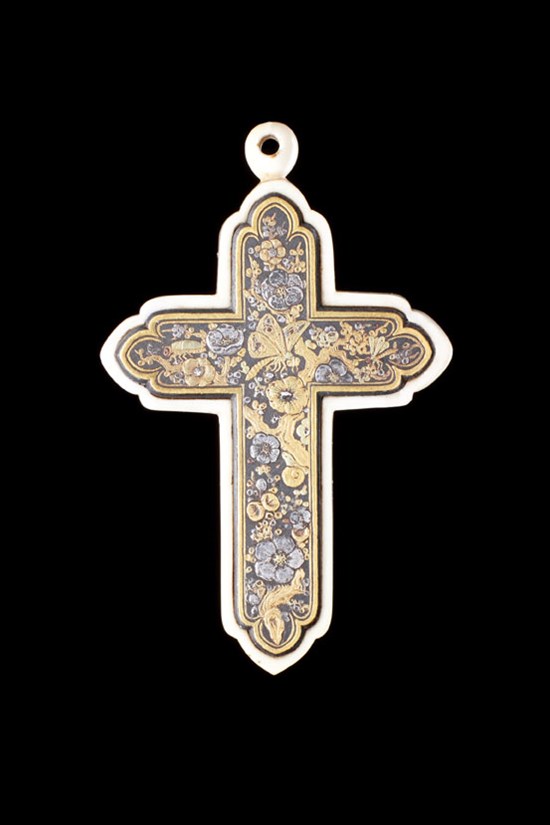 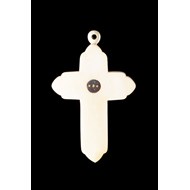 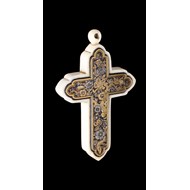