Caption Literature Provenance
A Central Indian Relief Carved Sandstone Architectural Rectangular Panel or Revetment Showing Two Long Tailed Parakeets
Many Indian artists and sculptors began to work for Muslim rulers after the armies of Islam conquered large portions of Northern India in the 12th and 13th centuries. These new patrons did not use ornament that contained representations of the human figure. They were especially fond of floral arabesques, geometric patterns and calligraphic decoration. These limitations seemed to inspire the artists to produce a brilliant and varied repertoire of abstract vegetal and calligraphic ornament.
These panels were usually placed above rectangular dadoes in horizontal or vertical rows that reached all the way to the ceiling. Dramatic use of them is made in the great Gwalior fort built by the ruler Man Singh in around 1500 AD just before the rise of the Moghuls. The flowering plant isolated against a plain ground contained within an arched niche first appeared during the rule of the Emperors Jahangir (reigned 1605 - 27) and Shah Jahan (reigned 1628 - 88). It is during Jahan’s reign that the European inspired acanthus leaves and plant began to be seen. However, the plants depicted in this period within the cusped archways are much more stylised, whereas in this plaque they appear as naturalistic forms. The decorative format and motifs, such as the acanthus, on this plaque would suggest it was carved in a regional workshop inspired by Imperial Mughal ateliers.
Ex Private English collection 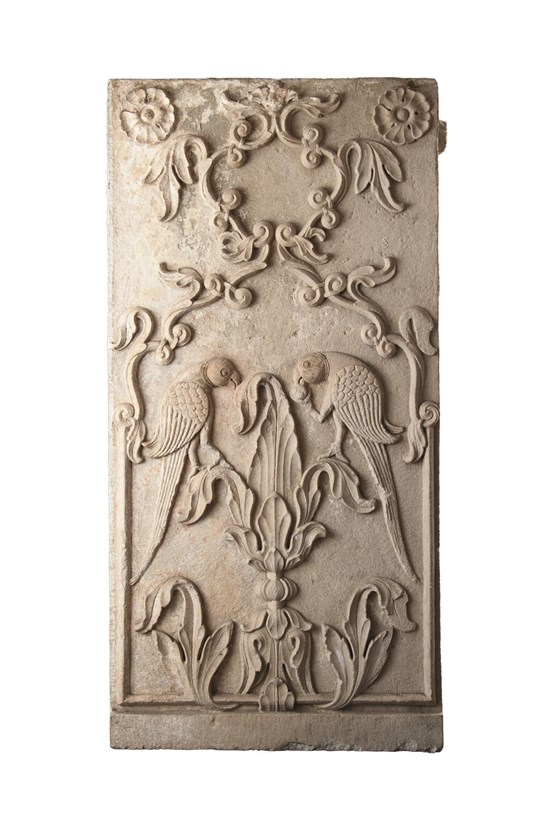 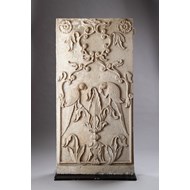 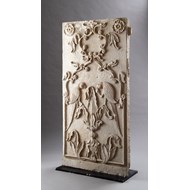