Size: 39.5cm high - 15½ ins high
Ancient Northwest India {now Pakistan} Gandhara Carved Grey Schist Figure of the Buddha
Once anthropomorphic representations of the Buddha became acceptable and replaced the aniconic symbols previously used to indicate his personal presence, they became one of the primary cult images of Buddhism, and one of the most distinctive products of the art of the Gandhara region.
The masterly treatment of the drapery on this figure seated in a lotus position on his throne shows a clear understanding of the spirit and techniques of the Greco-Roman artistic tradition. The folds follow the contours of the body accentuating the lines of the limbs in a natural and unconstrained way. Asymmetrically arranged in alternating wide and narrow ridges across the chest, the resulting curves of light and shadow illustrate both the weight and flexibility of the fine material.
Ex Private English collection
Ex Simon Ray Indian and Islamic Art Exhibition April 2005 No 3 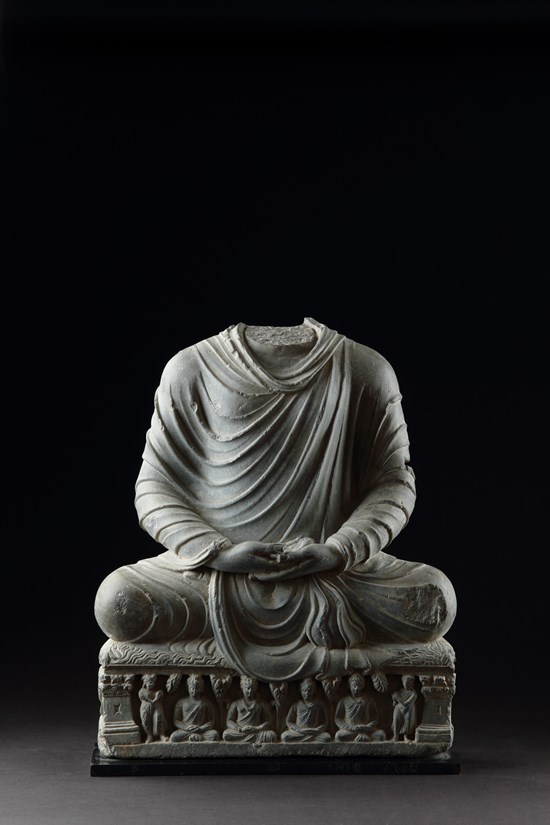 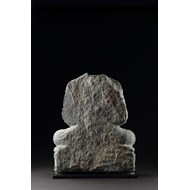 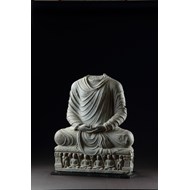 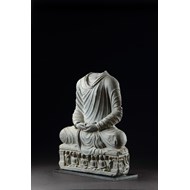 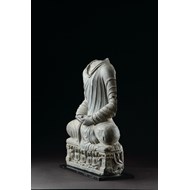 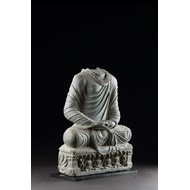 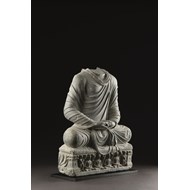 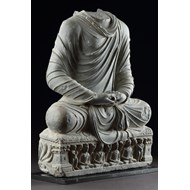 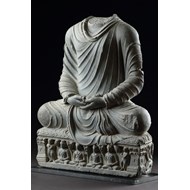 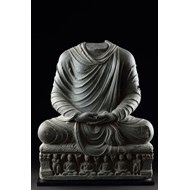