Caption Literature
A Rare South German Baroque Large Carved Walnut and Ivory Figure of David with the Head of Goliath at His Feet the Eyes of Coloured Glass
Attributed to Matthias Kolb
An old 19th century label to base ‘George – Carved Walnut and Ivory Judith with the Head of Holofernes in the Style of Van Boissart Flemish Early 18th Century from Mother’
Circa 1740 - 1750
Size: 35.5cm high, 14.5cm wide (max), 14cm deep (max) - 14 ins high, 5¾ ins wide (max), 5½ ins deep (max)
Known in Germany as ‘Kombinationgruppen’ dramatic works of art in carved walnut and ivory began to be produced in late 17th century South Germany. They became particularly sought after by the aristocracy and Royal Court of Elector Maximilian III Joseph, Elector of Bavaria (1727 - 1777) who was a gifted amateur ivory turner. Many of these Baroque wood and ivory groups were produced by Simon Troger (1683 - 1768), but his most talented apprentice in the Munich workshop was Matthias Kolb. Kolb’s carving of the flowing drapery and his use of the straps on the shoulder bag are similar to those on his ‘Beggar with a Book’ in the Dresden Green Vaults. Kolb’s carved bases are distinctly different to Troger’s grooved and stylised plinths. They are smooth, naturalistically rendered asymmetrical mounds, simulating the ground and incised with abstract designs to imitate grass. His figures also often wear bonnets whereas Troger’s wear wide brimmed peasant hats.
This large figure is at once both theatrical and innovative with jewel like coloured glass eyes giving a feeling of life to the particularly active subject, accentuating David’s biblical victory over Goliath. 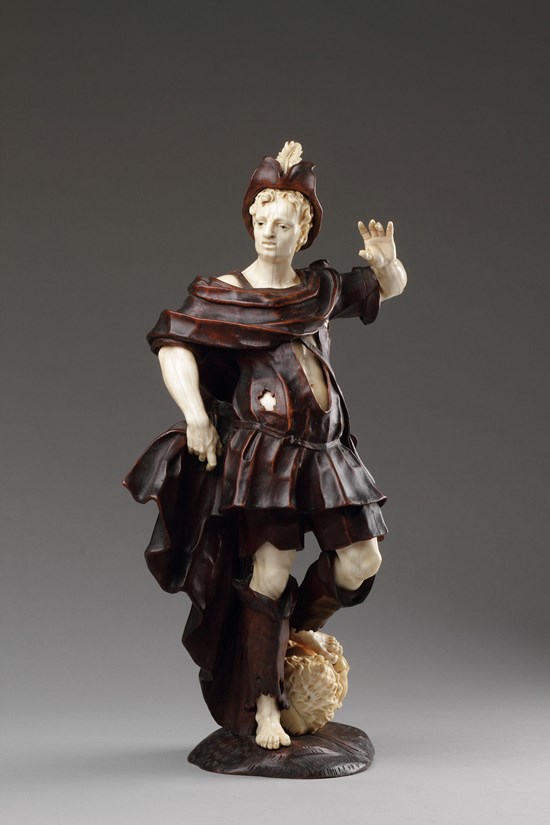 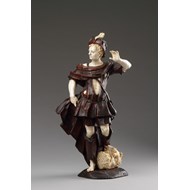 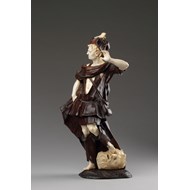 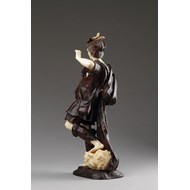 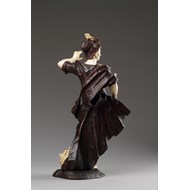 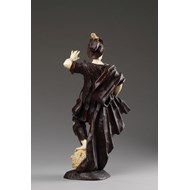 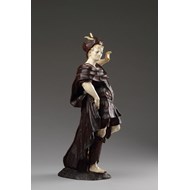 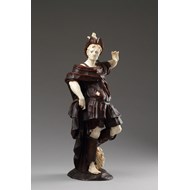 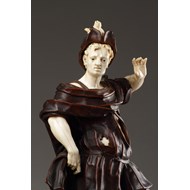 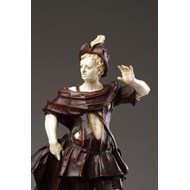 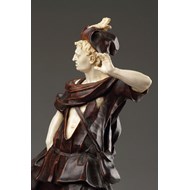 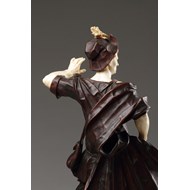 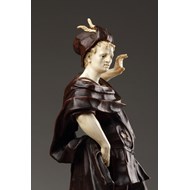 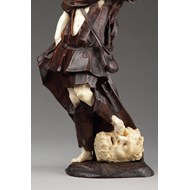 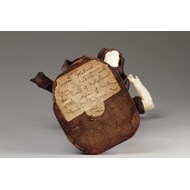