Caption Literature
A Fine and Rare South African Tsonga Zoomorphic Headrest Carved in the Form of a Male Antelope
Superb old silky smooth light brown patina
19th Century
Size: 15cm high, 14.5cm wide, 7cm deep - 6 ins high, 5¾ ins, 2¾ ins deep
Headrests were very personal objects, aside from serving as a pillow and protecting ornate hairstyles, they became closely linked with the owner’s identity over a lifetime of use. Headrests bear either a covert or explicit resemblance to a bull and were given by a bride to her husband with the intention of recalling the gift of cattle that his family had given to hers in recognition of her worth, and as a way of sealing an alliance between the two families.
A herd of cattle was the supreme symbol of social harmony, wealth, pride and power to the people of the cattle based migrant culture of Southern Africa. Caring for cattle determined the migratory nature of the groups existence, resulting in the construction of a set of beliefs coherent with this way of life. Reverence for the ancestors aligns with a profound respect for cattle, thus creating a symbolic world that reinforces and underpins the relationship between the group and its cattle, ancestors and the fertility required for future survival. 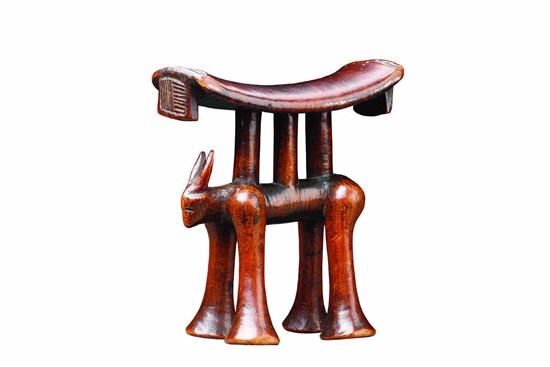 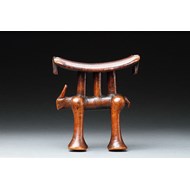 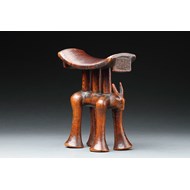