Caption Literature
A Rare Example of a Northern Italian Carved Walnut ‘Braccia’ used for ‘Pallone Col Bracciale’ a traditional team game played with a hollow spiked glove gripped on the inside and worn on the forearm the protruding wedge shaped blunted spikes known as ‘Bischeri’
17th Century
Size: 19cm high, 21cm dia. - 7½ ins high, 8¼ ins dia.
From the mid 16th century when the first official regulations were invented by Antonio Scaino from Salí¿, ‘Pallone con bracciale’ was a particularly popular street sport played with heavy spiked hollow walnut cylinders that were worn over the right or left forearm. These would be used to strike inflated balls back and forth on courts often marked out on town squares or streets. A designated server called a ‘mandarino’ first puts the ball into play, but each receiving player can reject any of the serves. As in the game of tennis, scoring is by fifteens and tens with the team that wins 12 games the winner of the match. Weighing up to two kilos, braccia could cause serious injuries amongst players. It is said that the 16th century Renaissance artist Veronese was exiled from Verona for a time for putting out the eye of another player with an ill-judged swing. 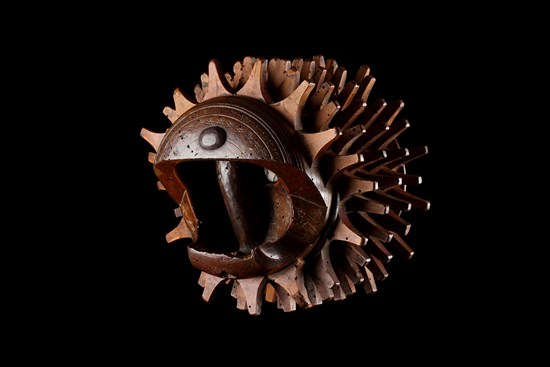 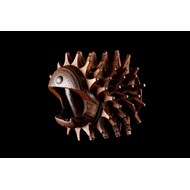 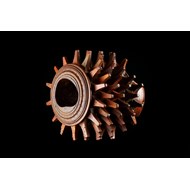 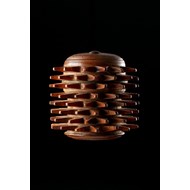 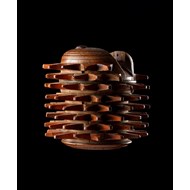