Caption Literature
An Exceptionally Rare South African Tsonga / North Nguni Black Rhinoceros Horn Prestige Staff or Sceptre Finely Carved with the Head of a Chief
With short haft drilled for a wrist thong
Smooth old silky burnished patina lacking at the base where it has been held and used
Mid 19th Century
Size: 39.5cm long - 15½ ins long / 43.5cm high - 17 ins high (with base)
Among the Tsonga speaking groups living to the North of Kwa Zulu-Natal, Chiefs commissioned long staffs surmounted by male heads with head-rings. These are formed from circular tubes made from a gum-like substance that are sewn into the hair. Head-rings were first adopted in the Zulu Kingdom as a sign of marriage. Tsonga speakers associated their use more generally with the concept of wisdom, age and maturity.
In the early 19th Century all the best specialist craftsmen were most probably attached to the Royal Court and the objects they produced were more elaborately carved and decorated than those made for the ordinary homesteads. Even as late as the 1880’s objects were being made for important officials in the long established figurative tradition, but this period saw a great deal of mobility in the entire region and carvers localised in one area became influenced by other works as populations migrated.
Immediately recognisable as South African, the extremely delicate carved facial features of this sceptre are comparable to the best ‘baboon master’ staffs. However the carver who produced this exceptional chiefly prestige item, although firmly in the Nguni traditional style, was probably working at an earlier date. The especially sensitive treatment of the head and face betray the hand of a master. 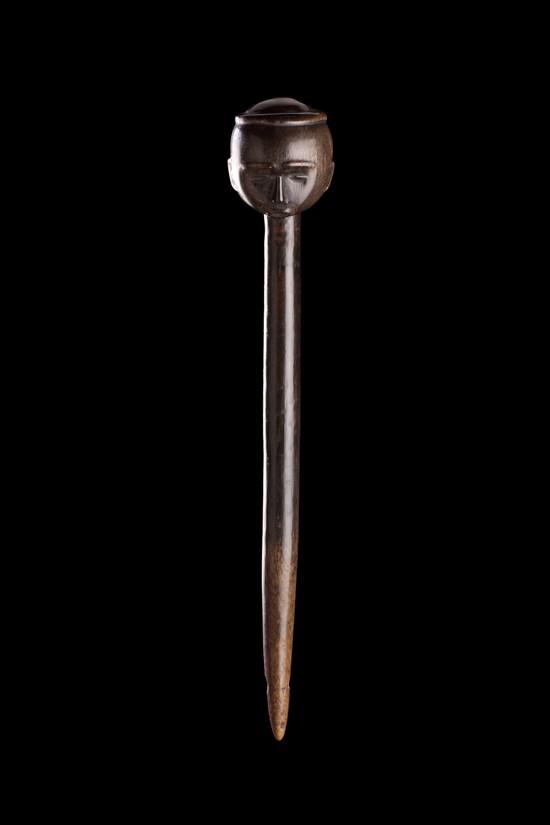 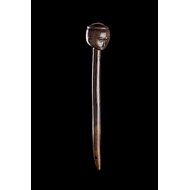 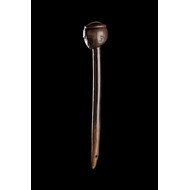 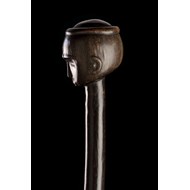 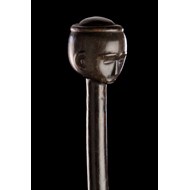 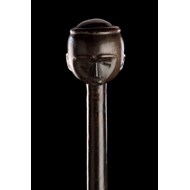 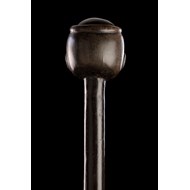 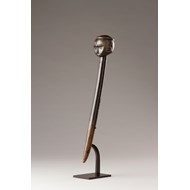 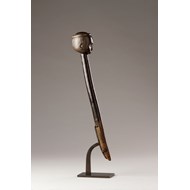 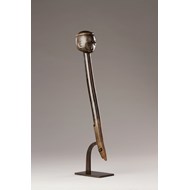 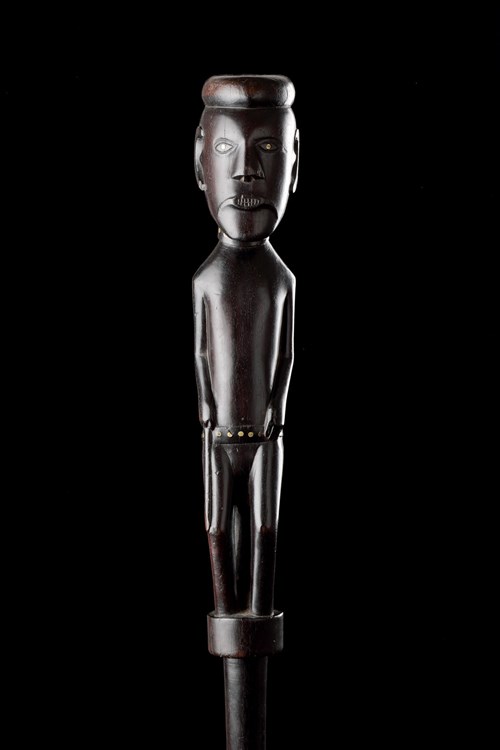