Caption Literature
An Orientalist German Silver Gilt Mounted and Lined Maple Wood Snuff Box the Lid with a Painted Scene of Turkish Merchants Wearing Turbans One Smoking a Long Stemmed Pipe with their Ship and Ladies on the Harbour Quay by the Bosphorus Istanbul
After Jean-Baptiste Vanmour (1671 - 1737)
The silver gilt lined interior with scratch mark ‘1820’
Early 19th Century
Size: 2.5cm high, 8.5cm dia. - 1 ins high, 3¼ ins dia.
‘â€¦. the city of the Sultans, the Queen of the East, Imperial Stamboulâ€¦.’ Frances Anne Vane Londonderry, wrote in her ‘A Narrative of Travels to Vienna, Constantinople, Athens, Naples etc’ in 1842. For centuries foreign artists focused on the combination of the shimmering waters of the Bosphorus, the Golden Horn, the Blue Mosque, and the Orientalist turbaned figures of Istanbul producing paintings, watercolours and etchings that paid homage to the historical richness and significance of the city. Jean-Baptise Vanmour was an artist and eyewitness biographer of the 18th century Ottoman Empire. Working mostly for diplomats and their circle he painted historically accurate studies of all aspects of Ottoman life in the multi-national Istanbul. His representations of the 18th century Ottoman world spread across Europe and shaped the image of the Turks, their world and Istanbul for a long time. 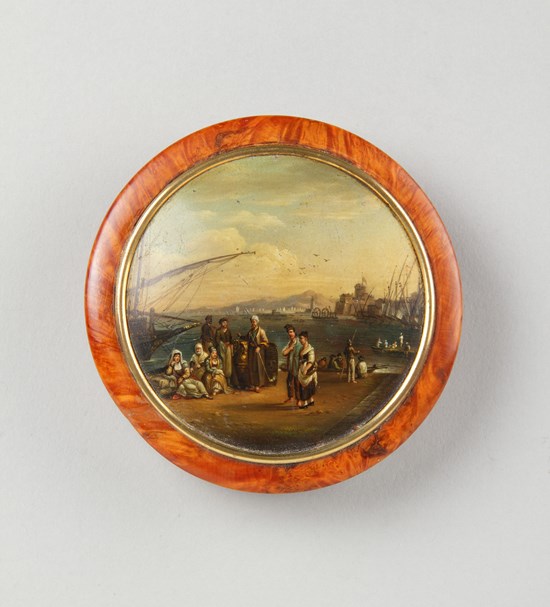 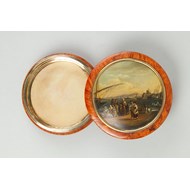 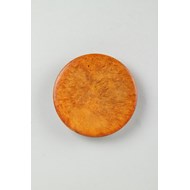 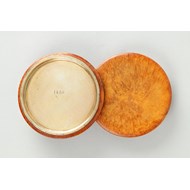 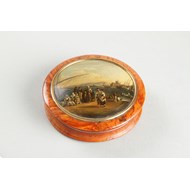 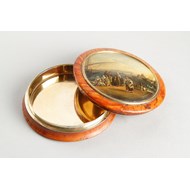