Caption Literature
Carved Ivory Netsuke of a Grimacing ‘Tengu’ Mask having a Phallic Crooked Nose the Startled Staring Eyes Inlaid with Horn
A two character signature between the Himotoshi to reverse: ‘Hanny A. Shuzan’
Late Edo Period - Early 19th Century
Size: 4cm high, 2.5cm wide, 2cm deep - 1½ ins high, 1 ins wide, ¾ ins deep
The function of the netsuke was to act as a toggle or counterpoise at the opposite end of the cord which held the inro or other small accessory which dangled from the girdle. Originally a small gourd performed this task sometimes acting as an amulet and later on used as a flask for sake. This appears to have come into use in the 16th century and in the early Edo period, together with other small articles, it was suspended from the girdle by a ring made of ivory. At the end of the 17th century the custom of hanging inro and money purses ‘Kinchaku’ on a cord from seals imported from China and pierced with a hole to take the cord was well established. The Japanese carvers needing new employment increasingly began to turn their attention to these small objects. However, for some time netsuke do not seem to have been worn by the Samurai classes, but were cultivated by the merchants who prized them together with the tobacco pouch, just as much as the Samurai prized their swords. By 1781, in a list of artisans compiled by Inaba Michitatsu, fifty seven carvers of netsuke are given, among whom are a shintÅ and several Buddhist priests. 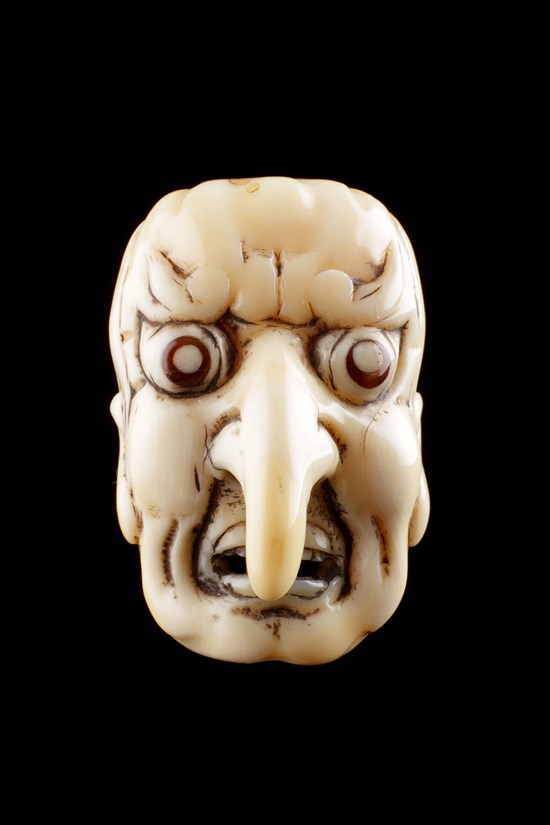 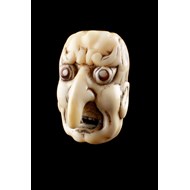 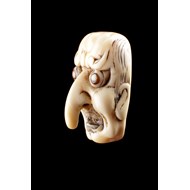 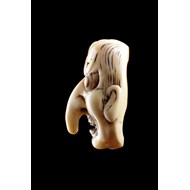 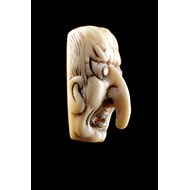 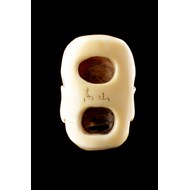