Caption Literature
A Thai ‘Siam’ Carved Ivory Effigy Figure of the Deity ‘Kuman Tong’ a Protective Household Shrine Figure Traditionally Depicted as a Young Boy ‘The Golden Ghost Boy’
Inscribed in Black Ink to Reverse: ‘Siam BT Webster Oct 1897 P.’
W.D. Webster (1868 - 1913) was a dealer who importantly was the first to produce illustrated catalogues of his selling stock
Mounted on a Pitt Rivers base inscribed in yellow ‘Siam’
Lieutenant General Augustus Lane Henry Fox Pitt Rivers (1827 - 1900) was a passionate collector who formed a remarkable collection much of which can be seen in the Museum that bears his name in Oxford however many objects were sold from the collection housed in Dorset by both Sothebys and Christies during the second half of the 20th Century
First Half 19th Century
Size: 14cm high, 4.5cm wide, 2.5cm deep - 5½ ins high, 1¾ ins wide, 1 ins deep / 17cm high - 6¾ ins high (with base)
The ‘Golden Ghost Boy’ is believed to bring good luck and fortune to the house and its owner provided that he is properly revered and displayed. Although not part of traditional Buddhist beliefs and practices the ‘Kuman Tong’ as a tutelary deity has been popular in Thailand since ancient times. These effigies were originally obtained by shaman from the desiccated foetuses of babies who had died within the womb. The shaman would paint the dry bodies of the Kuman with ‘Ya Lak’ a kind of lacquer used to coat amulets, and then cover them in gold leaf. Hence the term ‘Kuman Tong’ meaning ‘little golden boy’. 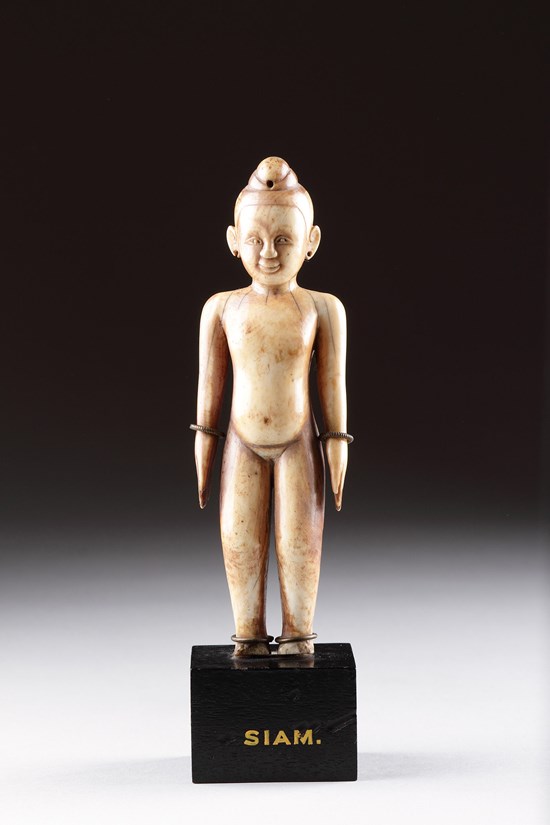 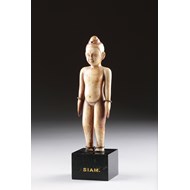 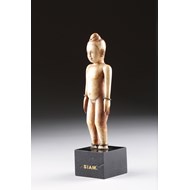 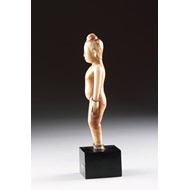 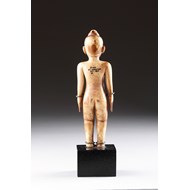 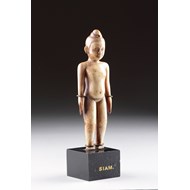 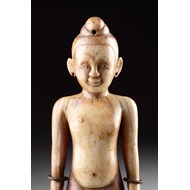 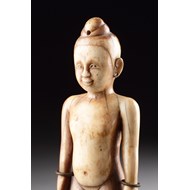 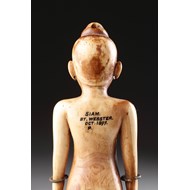 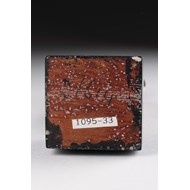