Caption Literature
A French Silver Plated Brass and Leather Lined Dog Collar Marked ‘Remond’ ‘108 Quai D’Orsay Paris’ with Eight Small Bells and a Tiny Padlock Attached
Late 19th Century
Size: 10.5cm dia. - 4¼ ins dia. / 7cm high - 2¾ ins high (with base)
Kings, Queens and the Pharaohs were the very first to use dog collars which became more ornate as the status of dogs and dog ownership grew over time. The ancient Egyptians had special laws to protect their dogs from cruelty and the bones of domesticated dogs have been found in tombs that date back to 5000 BC. In Oxford the Ashmolean Museum has an ancient Egyptian palette of 3500 - 3000 BC depicting dogs wearing collars. In ancient Greece farmers and shepherds created the iron spiked collar as a way of protecting their dogs from attack by a wolf.
By the Middle Ages dog collars had taken on the role of identifying a dog's position and job. Royalty often kept dogs as ornaments as well as companions, and their collars were made of precious metals and jewels. Hunting dogs wore simple leather collars as a means of identification. Amongst the Renaissance merchant classes padlock collars began to be made as a way of authenticating a dog's ownership. Hinged metal collars with a padlock could only be opened by the owner who had the key. By the 1700’s dog collars also had the name of the owner on them and by the 19th century the name of the dog appears together with the address. 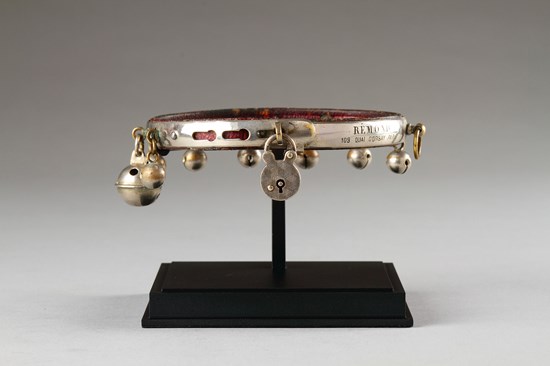 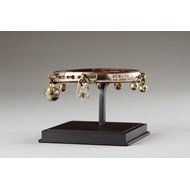 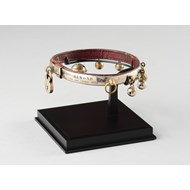