Caption Literature
A Rare German Eating Knife with a Transparent Carved Red Baltic Amber Portrait Bust set upon an Amber Ivory Brass and Ebony Handle with Steel Blade
Circa 1680
Size: 19.5cm long - 7¾ ins long / 21cm high - 8¼ ins high (with base)
In the 17th century the handles of eating knives became much more elegant and decorative and changes to the shape of the blade occurred when eating habits dictated it was no longer necessary to spike food with a knife. As the use of forks became fashionable, knife blades became shorter with the sharp point removed. The early 17th century traveller, Thomas Coryat, brought back reports of the usage of forks from Italy where they were used, not to transfer food into the mouth as most usually supposed, but to prevent contamination by holding the meat in place when cutting on the plate. After much ridicule and resistance as an effeminate affectation the fork was eventually accepted in Britain, but was not widely used until 1670.
Much of the cutlery that survives from this period derives from the old traditional custom of the groom giving his bride a pair of knives as a marriage gift. As fine examples, they were treasured and preserved as family heirlooms whilst most of the everyday cutlery has disappeared. 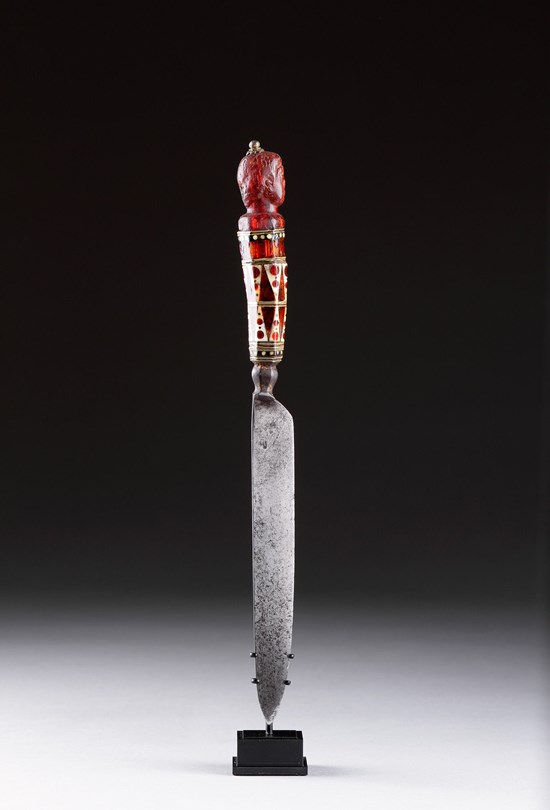 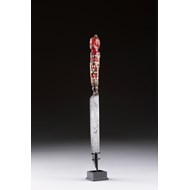 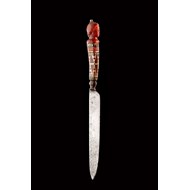 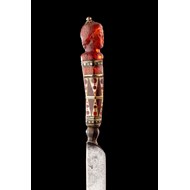 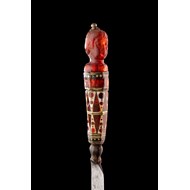 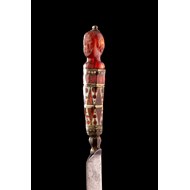 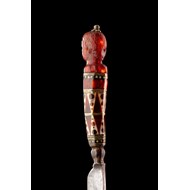