Caption Literature
A Victorian Petrified Birds Nest with its eggs
19th Century
Size: 6cm high, 11.5cm dia (max) - 2¼ ins high, 4½ ins dia. (max)
Of great curiosity to the Victorians the petrifying wells of Matlock Bath in Derbyshire created petrified souvenirs for the aristocratic tourist trade. In 1832 the Princess Victoria visited Mr Joseph Pearson’s ‘Great Petrifying Well’ where the water filtering through a mass of tufa drops from the roof and sides and losing a part of its carbonic gas forms earthy particles upon the substances on which it falls. The objects were placed under the drops which then produced a calcareous deposit which in time assumed the hardness of stone.
‘The Royal Petrifying Well’ as it became known after the Princess’s visit was the bigger of the three; Mr Smedley’s being under his spar shops and Mrs Boden’s situated near the post office. All three of these wells were filled with a profusion of articles put in to be petrified: stags heads, wigs, baskets of flowers, birds nests etc. all of which had to be turned every few weeks to prevent them from growing to the bottom. 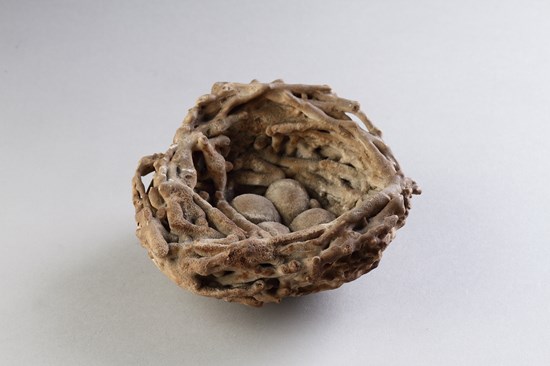 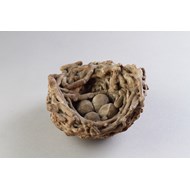 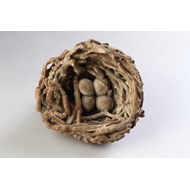 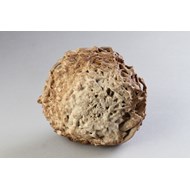 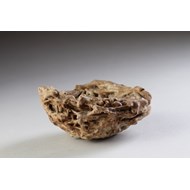