Caption Literature
A Rare Northwest Coast Haida Cedar Wood Ceremonial Potlache Portrait Mask Representing a Man
Painted blue, red and black polychrome decoration
Old smooth worn patina with surfaces front and back with polished points from original use
Mid 19th Century
Size: 25.5cm high, 18cm wide, 12.5cm deep - 10 ins high, 7 ins wide, 5 ins deep
Masks such as this were used to represent spirit beings, ancestors or important figures in historical dramatisations. They were worn by chiefs and people of high rank at Potlatches, a ceremony that established and reaffirmed Haida laws and during which names were given and chiefs claimed their rightful position. The Haida were a matrilineal society and names, titles and social privileges were all inherited through the female line. Names were extremely important carrying prestige, responsibility and sometimes the ownership of land, and so were granted and carefully bestowed within the clan.
To emphasise human qualities or the spiritual bond between people and the world of animals a humanoid face was worn. The word mask in Haida ‘Niijaang.U’ means ‘imitate’ and so they are known as portrait masks and are intended to represent particular people such as clan ancestors. Highly naturalistically carved, this mask portrays an actual man with a beard and moustache, which the Haida men grew and wore pre-contact. The mask was intended to make the unseen spirit visible, and so the carver would strive to make these manifestations as vivid as possible, recreating what had been seen in dreams and visions. Unmasked dancers would often paint their faces with designs symbolising family or clan crests and the painting on portrait masks comes from this tradition. 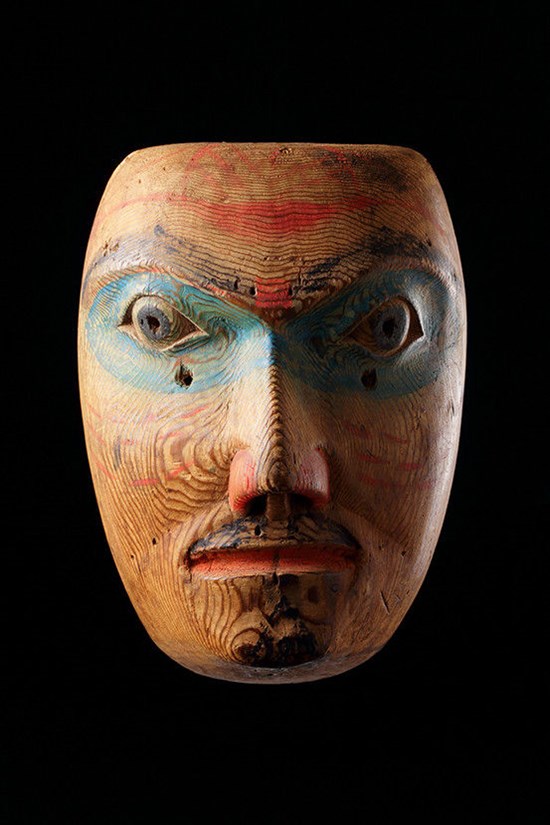 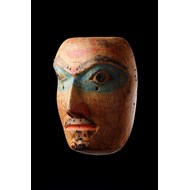 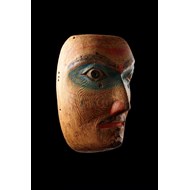 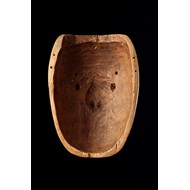