Caption Literature
A West African Yoruba Ijebu Cast Copper Alloy Oval Dance Anklet or Ritual Ornament decorated with Eight Abstract Human Heads in the ‘Ijebu Ode’ style
Once having numerous small bells attached to the edge
18th Century
Size: 20cm high, 15cm wide, 2.5cm deep - 8 ins high, 6 ins wide, 1 ins deep
The abstract rudimentary decoration of faces consisting solely of two eyes, a forehead and nose can frequently be found on bracelets, rattles, and ritual objects from the Ijebu Ode region and was influenced by the iconography of Benin.
According to tradition the Yoruba reached Ijebu when a group of migrants led by Obanta left Ife for the Ijebu region. He is regarded as the founder of the Kingdom and the first ‘Awusale’ or King. Ijebu grew into a major kingdom with monarchs ruling in various towns and cities, but the Awusale in the capital Ijebu was considered the most important. The religion of the region developed a distinct character of its own owing to the presence of certain cults that are not found anywhere else amongst the Yoruba. 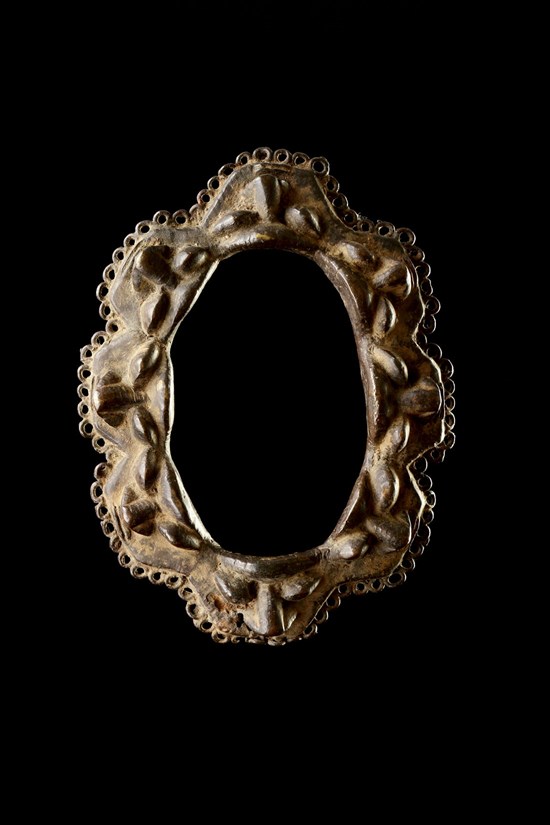 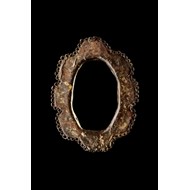 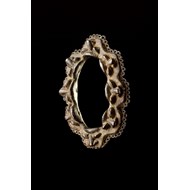 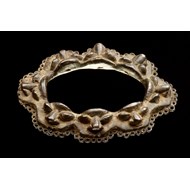 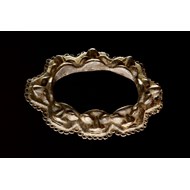 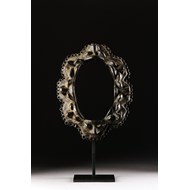 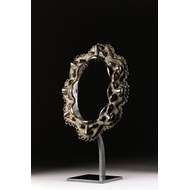 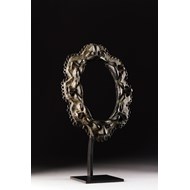