Caption Literature
A Central African Democratic Republic of the Congo Luba Anthropomorphic Headrest Carved with a Female Figure Displaying a Cruciform Hairstyle
Early 20th Century
Size: 16.5cm high, 13cm dia. (max) - 6½ ins high, 5 ins dia. (max)
By the late 19th century Luba men and women had perfected the cult of coiffure to such an extent that early European explorers visiting the region referred to them as the ‘headdress people’ (Roberts and Roberts.1996) The need to protect their elaborate hairstyles, which took a considerable time to create, resulted in the making of small wooden headrests used to elevate the head whilst sleeping. It also keeps the head and neck cool during sleep in the hot, tropical climate.
The cross-shaped coiffure is often portrayed on Luba sculptures. Known as ‘Kaposhi’, it was the hairstyle of Luba chiefs and some of their wives. The hair was gathered into four tresses, braided and formed into a cross shape. A chief's ‘Kaposhi’ was always adorned with one white heron feather as white was the colour of purity, loyalty, the ancestors and the moon. Coiffures were, and still are, important to the Luba, and early 20th century travellers described the complexity and extravagance of the hairstyles they observed, with one missionary producing an entire book of watercolours showing the various styles worn by both sexes to indicate their status, title, and profession. A beautiful coiffure, like scarification was a sign of civilisation, a mark of identity and a visible measure of a person’s social worth. 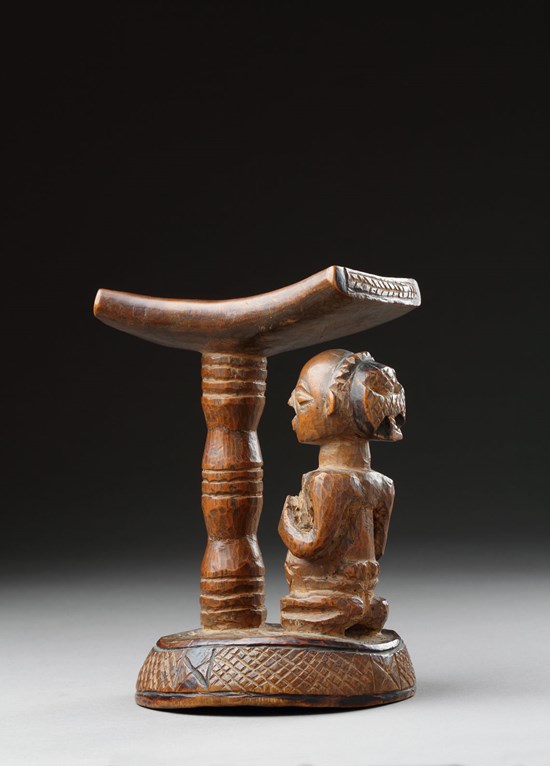 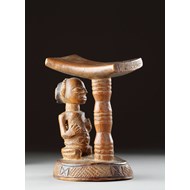 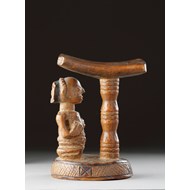 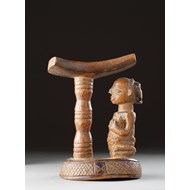 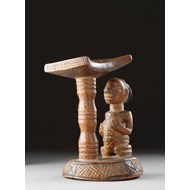 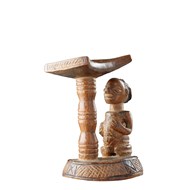 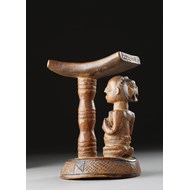 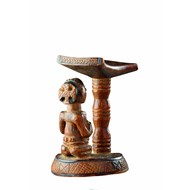 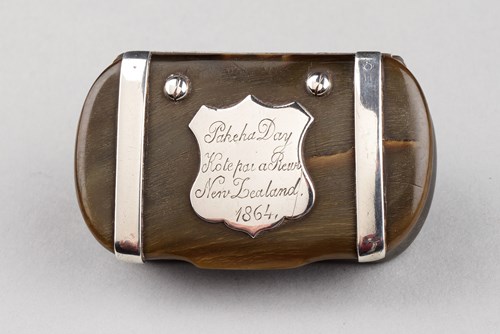 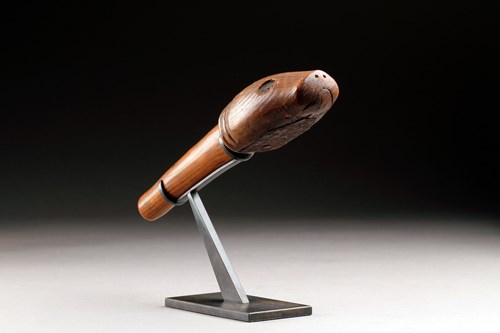 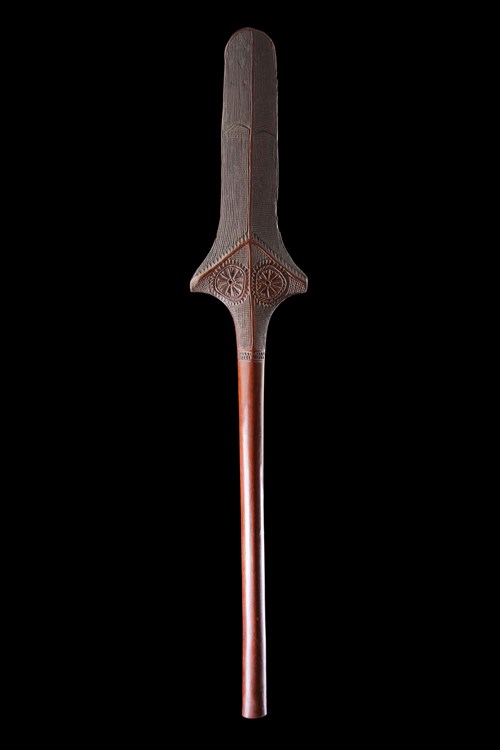