Caption Literature
A Thailand Ayutthaya Kingdom Devotional Figure of the Crowned Standing Buddha of Elegant and Stylised Form
Old losses to flame finial and right hand
Traces of old gilding to the crown
16th - 17th Century
Size: 66cm high - 26 ins high / 68cm high - 26¾ ins high (with base)
A Thai prince Rama Thibodi I in around 1350 AD founded the new city of Ayutthaya on an island centred by the confluence of three rivers in the south of the Chao Phraya basin and this city rapidly became the capital of a powerful state. Sukhothai became a vassal and the northern kingdom of Lan Nawai was conquered in the 15th century and with the great city of Angkor defeated in 1431, this new kingdom of Ayutthaya was to hold sway over most of the land of present day Thailand. Known as Siam, the kingdom was friendly towards foreign merchants and traders with the Chinese, Indians, Japanese and later the English, Portuguese, Dutch, French and Spanish setting up villages outside the walls of the capital. The kingdom reached a high point during the sumptuous reign of King Boromokot (1733 - 1758) but only one decade after his death the Burmese attacked the country and sacked the capital. 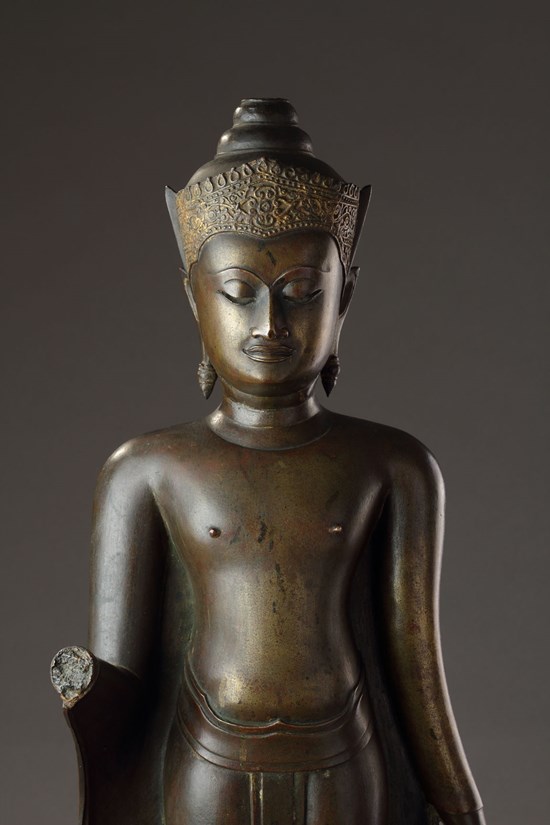 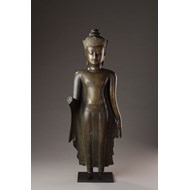 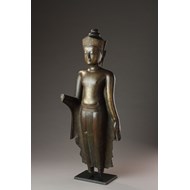 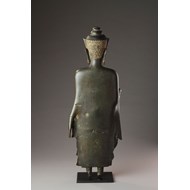 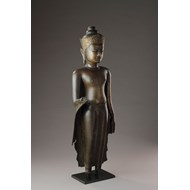 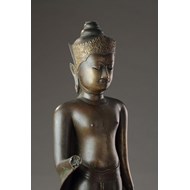 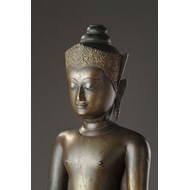 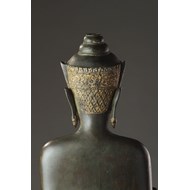