Caption Literature
A Fine Mughal Indian Ivory Fly Whisk the Handle Inlaid with Amber and Black Coral Insets the Knop carved as a Lotus Bud the Whisk of Blond Horse Hair
Late 17th – Early 18th Century
Size: handle: 17cm long - 6¾ ins long
The fierce descendants of Timur, the legendary Tamerlane, and Chenghiz Khan, the Mughals in 1526 established the richest and largest empire in nearly 2000 years. They quickly transformed both the indigenous people and other conquerors. For the first time in an Islamic state, Hindus were invited to join in government and religious tolerance was established. Mughal Kings married Hindu princesses and a new civilisation was born. The Empire’s fortunes soared and its frontiers expanded to include all of Hindustan by 1600 AD and all of Deccan by 1700 AD. Outside contact, and soon trade with Europeans was established, and as commerce prospered an opulent cultured class arose not only at court, but in all the cities of the realm. Patronage of the arts intensified to an unprecedented degree and in a far more international way than any of their brother Muslim Kings. 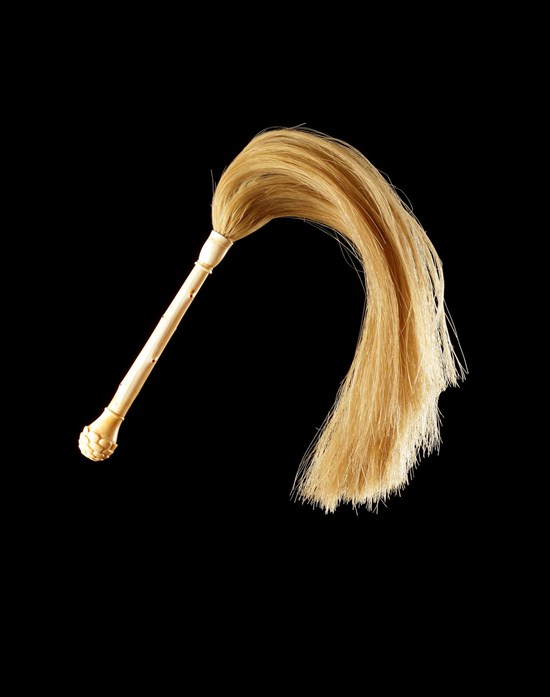 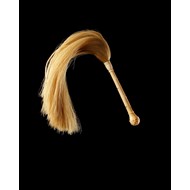 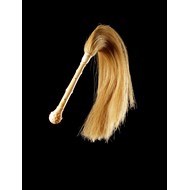 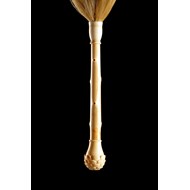 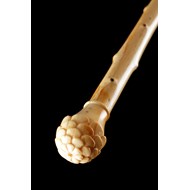