Caption Literature
A Japanese Carved Boxwood ‘Memento Mori’ Netsuke Depicting a Small Human Skeleton Climbing on a Huge Skull the wide staring eyes forming the Himotoshi
Meiji Period (1868 - 1912) Circa 1880
Size: 3.5cm high, 3cm deep, 2.5cm wide - 1¼ ins high, 1 ins deep, ¾ ins wide
Human skeletons and skulls have more than one meaning in Japanese art. Buddhist teaching, much like the Christian religion, warns that physical beauty deteriorates so that at the end, all that is left of us is a skeleton. Both doctrines denounce vanity and uphold the pursuit of inner spiritual growth. However, this particular skeleton is more than just a ‘vanitas’ as it displays the earlier Japanese tradition of placing the deceased in the foetal position within the coffin before burial. Until the early 20th century most bodies were buried and cremation was limited to the wealthy, but in modern Japan with land at a premium, cremation is regarded as the most acceptable option. 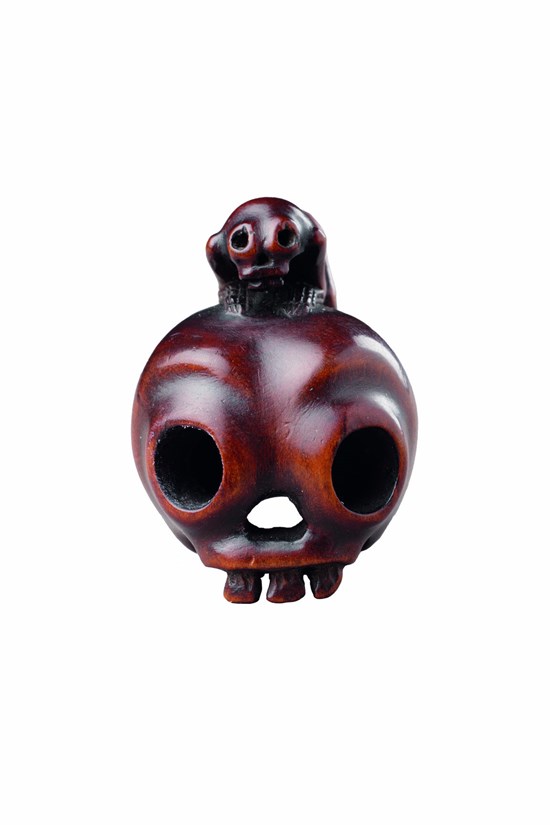 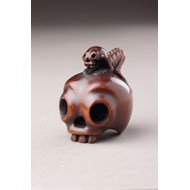 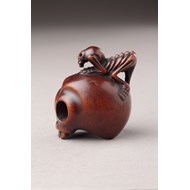 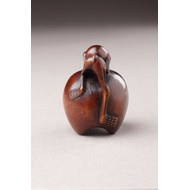 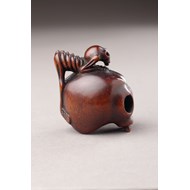 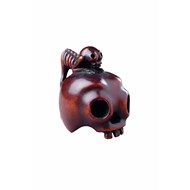 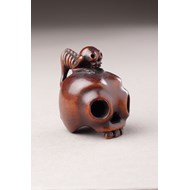 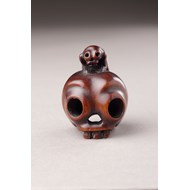