Caption Literature
A Rare Pair of German Erotic Ivory Gambling Dice the Crouching Nude Female with long braided hair the Male crouching in an aroused condition
Three of the inlaid ebony dice points missing
Probably Nuremberg
Late 17th Century
Size: 2cm high, 2cm wide, 2cm deep - ¾ ins high, ¾ ins wide, ¾ deep
The ancient Romans were inveterate gamblers and many numbered square dice have been found in the ruins of Pompeii. The goddess Fortuna, daughter of Zeus, was worshipped as ‘Lady Luck’ and she was believed to determine the outcome of every throw of the dice.
Dice such as these were used to generate random numbers with each value from 1 to 6 being equally likely when thrown. 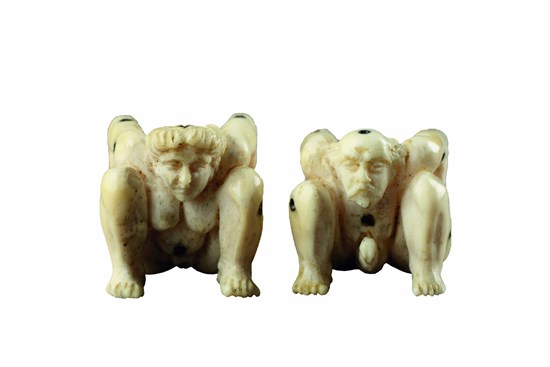 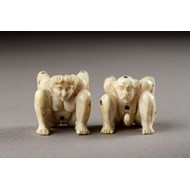 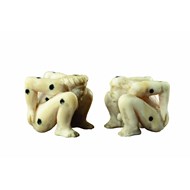 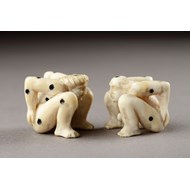 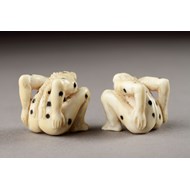 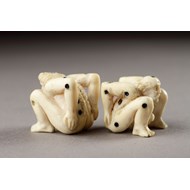 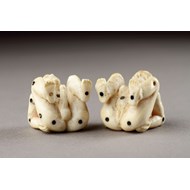 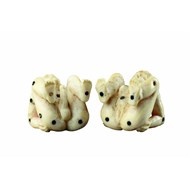 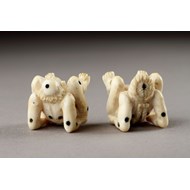 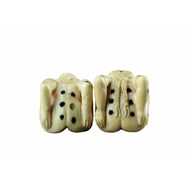 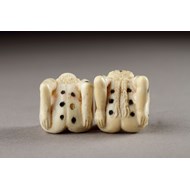 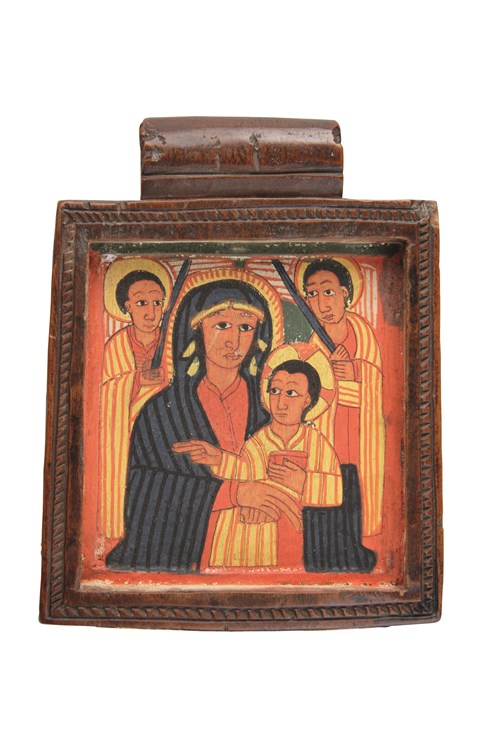 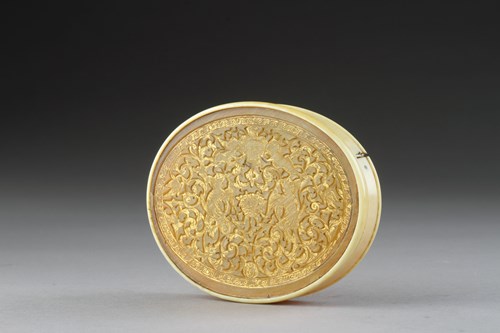 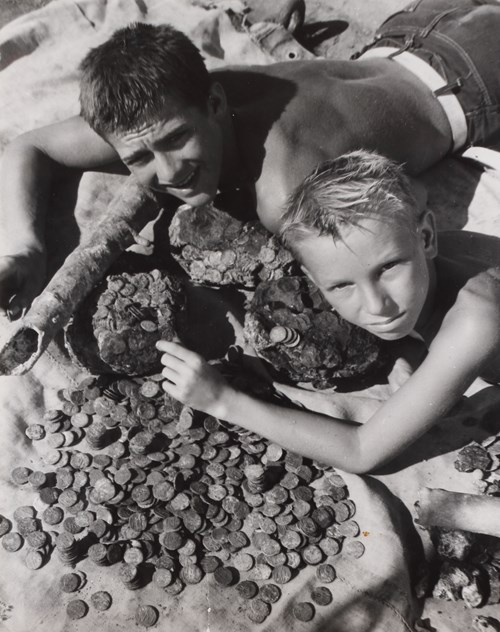