Caption Literature
A Finely Carved Northern Renaissance Flemish Boxwood Sculpture depicting the animated twisted and tortured figure of the ‘Good Thief’ at the Crucifixion from an Altar Piece Attributed to the Brussels Studio of Jan Boorman (circa 1475 - 1525)
Some old historic damage probably dating from the time of the break up of the altar piece
Last quarter of 15th Century
Size: 26.5cm high, 8.5cm wide, 6.5cm deep - 10½ ins high, 3¼ ins wide, 2½ ins deep / 35.5cm high - 14 ins high (with base)
Coming from a family of sculptors, Jan Boorman joined the Brussels sculptors guild in 1479 and his workshop, together with those of his two sons, evolved a narrative style that was well suited to the large scale altarpieces which were in demand at that time. The St George altarpiece is regarded as his masterpiece, commissioned in 1493 for the Crossbowman’s Guild of Louvain and originally sited in the church of Ouze-Lieve-Vrouw van Ginderbuyten now in the Brussels Musées Royal d’Art et d’Histoire. In this altarpiece the animated supporting characters twist and turn around the central figure of the saint in each of the seven large compartments devoted to the torments and eventual martydom of St George. The precision of observation and attention to detail mirroring the photographic clarity of the great painters of the period such as Roger van der Weyden.
Gordon Campbell in the ‘Grove Encyclopaedia of Northern Renaissance Art’ describes Boorman’s style exemplified in the St George altarpiece as ‘meticulously carved decorative details of costume, hair and beards, and an agile exaggerated sense of movement using twisting and swaying poses, the slender figures often placed with their backs to the viewer and swathed in heavy angular folded drapery’.
Boorman became highly regarded in his own lifetime and in 1511 was commissioned to create the wood models and sculptures for the tombs of the Duke and Duchess of Brabant, being described in the Royal accounts as ‘the best sculptor’. 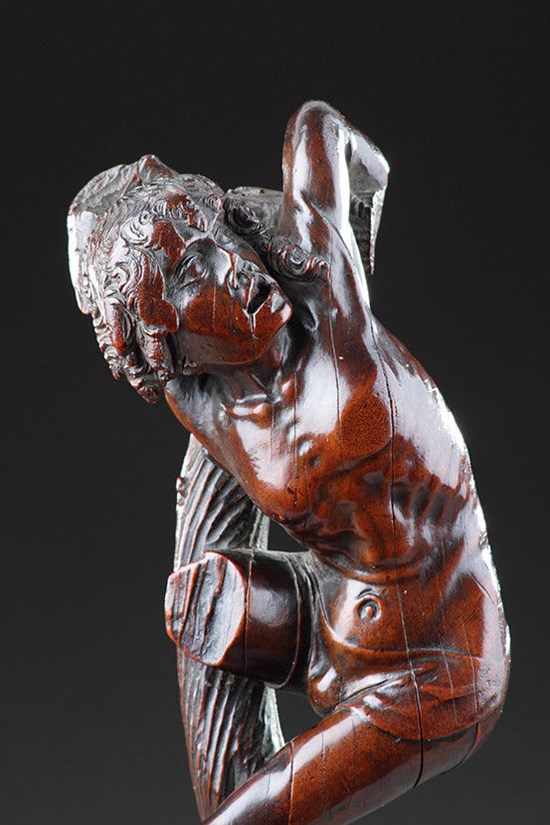 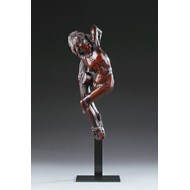 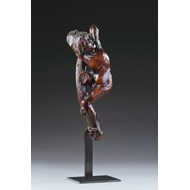 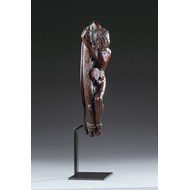 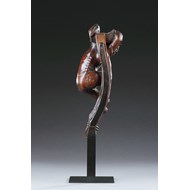 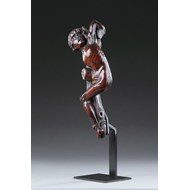 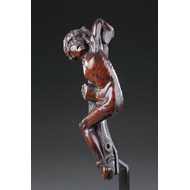 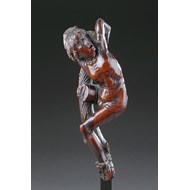 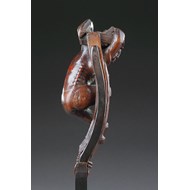 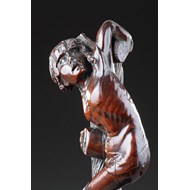