Caption Literature
A Fine German Carved Ivory Depicting a Bedraggled Beggar with a Bandaged Peg Leg his Coat Breeches and Hat decorated with Silver Buttons
Attributed to the Circle of William Krí¼ger (1680 - 1756)
Standing on original ebonised arcaded wood base
Mid 18th Century
Size: 10.5cm high - 4 ins high / 16cm high - 6¼ ins high (with base)
Noted for his peasants and beggars, William Krí¼ger’s style was not unsympathetic to the plight of the ‘Wahre Arme’ the true poor. Many of these individuals were veterans of the war of the Austrian succession. One of Krí¼ger’s models was reproduced in porcelain at the Furstenberg factory and the pervasive power and influence of these ivory models on the early production of porcelain figures cannot be doubted. In fact, the easy translation from ivory to porcelain of the statuettes probably helped to hasten the demise of ivory carving in Germany towards the end of the 18th century. 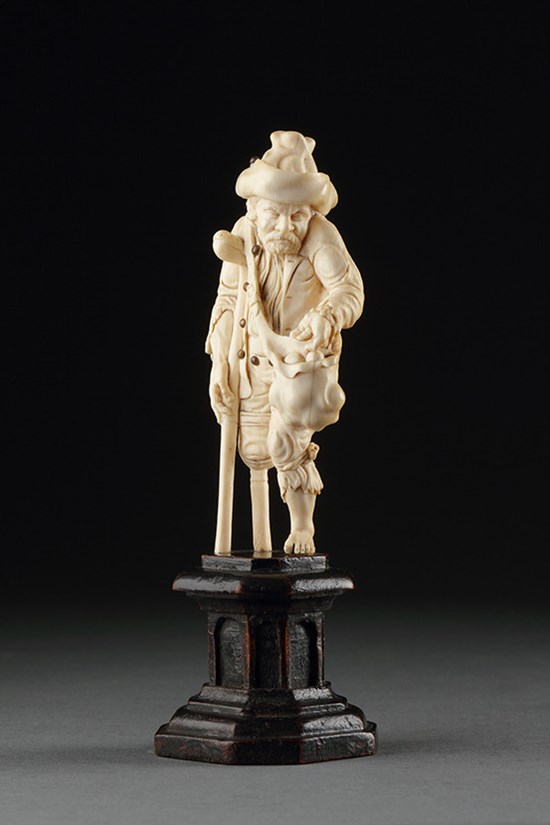 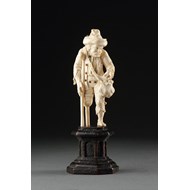 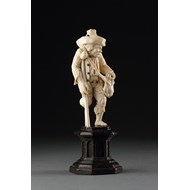 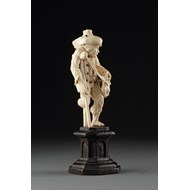 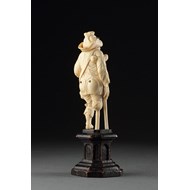 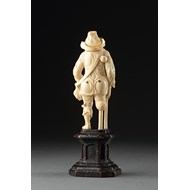 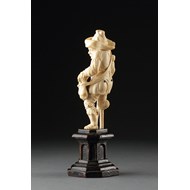 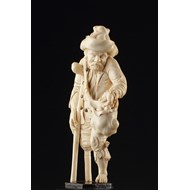 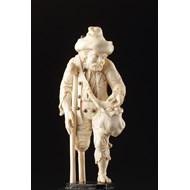 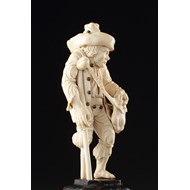 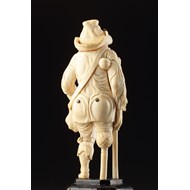 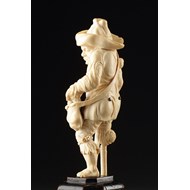 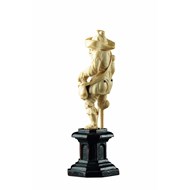