Caption Literature
A Northwest Coast Tlingit Whalebone Salmon Trap Stake or Trigger
Carved with a double Janus head perhaps depicting a transformative Fish-Shaman
Late 18th – Early 19th Century
Size: 28cm long - 11 ins long / 29.5cm high - 11½ ins high (with base)
The warm North Pacific current off the Northwest coast produces moderate temperatures and heavy rainfall which nourishes an environment rich in natural resources. Dense strands of forest blanketed the region and thick undergrowth provided a variety of berries, roots and plants that were used for food and medicine. Waterfowl and seagulls provided meat and eggs. The sea produced even greater riches. Five species of wild salmon were to be found and they were the primary resource around which life revolved with the seasons. Although other fish such as cod, herring and halibut, and marine mammals such as whales, sea otters and seals were hunted, none was so revered as a food source by the Tlingit as the salmon. 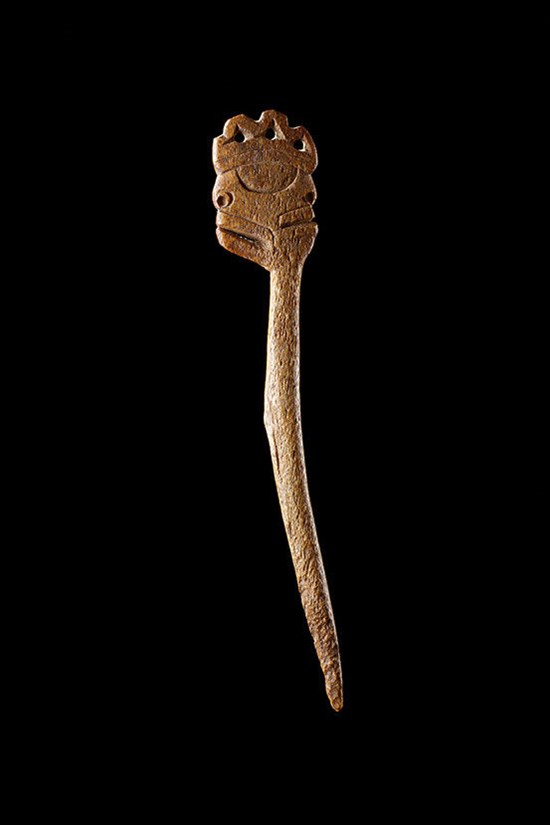 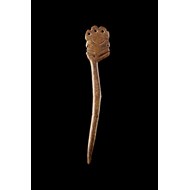 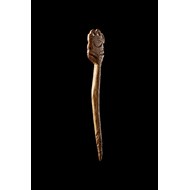 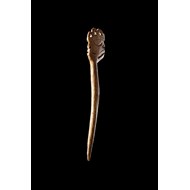 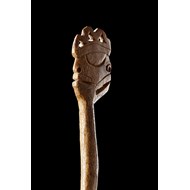 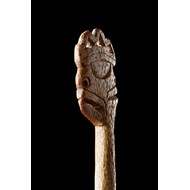 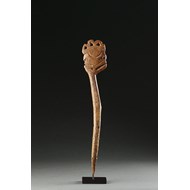 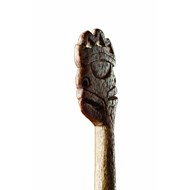 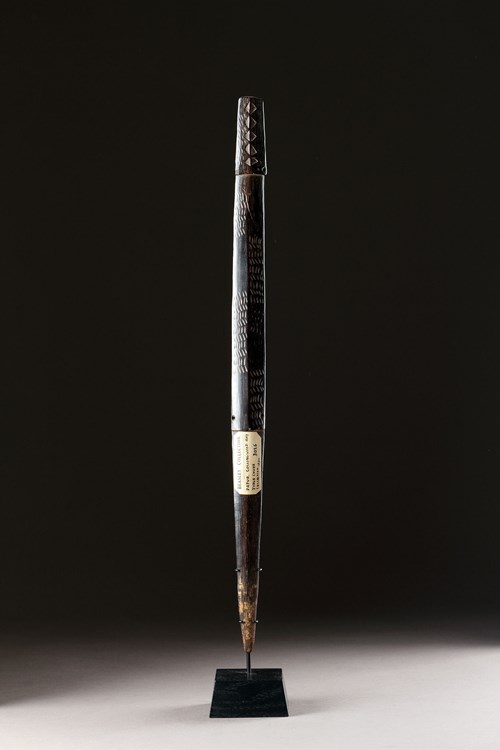 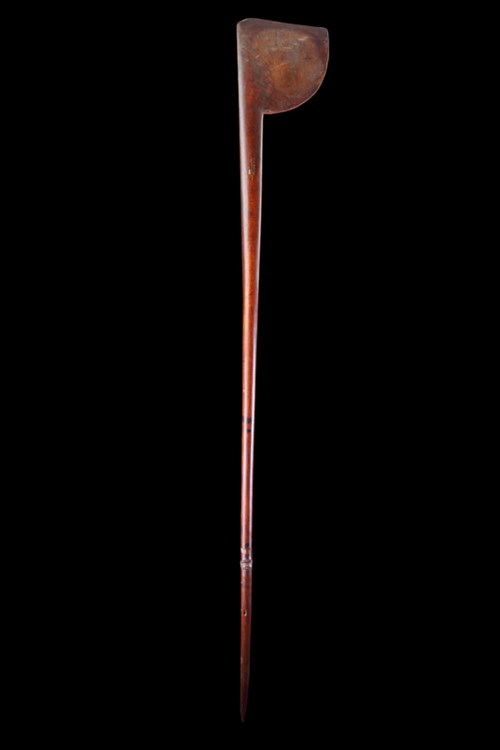 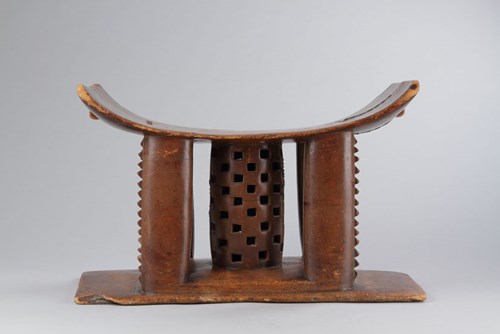