Caption Literature
A Fine South German Ivory Knife Handle Carved with the Figure of Eve After the Fall the Serpent Entwined in Her Hair
Traces of red and black polychrome
Mid 17th Century
Size: 10cm high - 4 ins high / 17cm high - 6¾ ins high (with base)
The quality of this carved figure suggests the artist was working from a contemporary engraving. From the late Middle Ages until the late 17th century it was customary for the bridegroom to present his bride with a fine pair of decorated knives contained in a sheath with strings which enabled her to hang them at her waist, rather like a chatelaine would be in later Victorian times. Sometimes they would be accompanied by a small embroidered purse.
The serpent in the Old Testament is portrayed as ‘more crafty than any other wild animal’ and so he tempted Eve to eat of the fruit of the Tree of the Knowledge of Good and Evil and give some to Adam. This was the the moment of the Fall of Man, the first disobedience to God’s wishes. On eating the fruit they realised that they were naked and so made themselves loincloths. Eve is here portrayed after the fall pointing at herself in the knowledge of her sin. 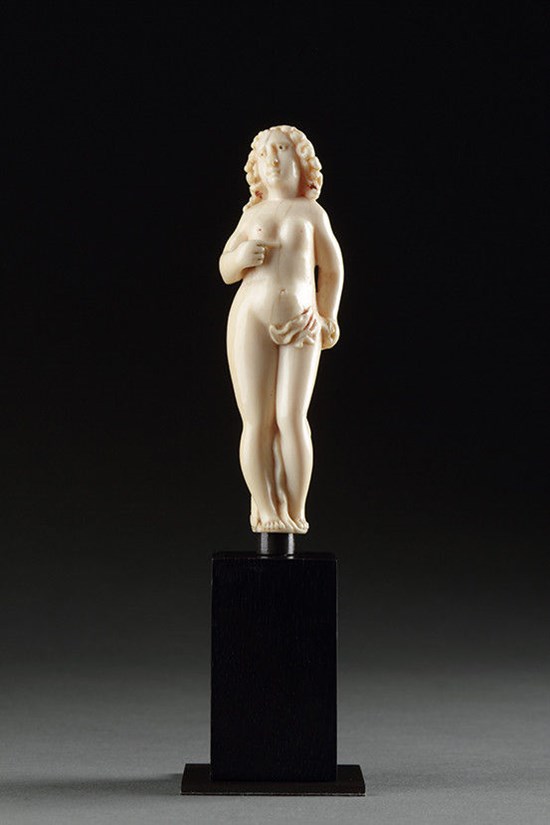 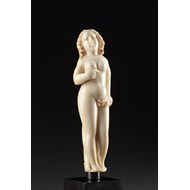 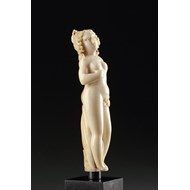 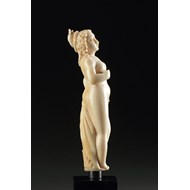 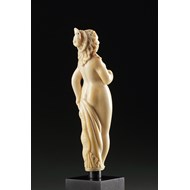 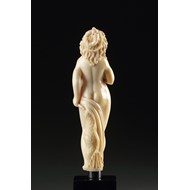 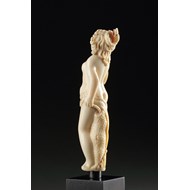 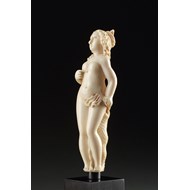