Caption Literature
A Rare Italian Roman Rectangular Bronze Devotional Plaque Depicting Weeping Cherubim Displaying St Veronica’s Veil
Attributed to Domenico Guidi (1625-1701) or Ercole Ferrata (1610-1686)
Apparently un-recorded
Mid 17th Century
Size: 17.5cm high, 21.5cm wide, 1.5cm deep - 7 in high, 8½ ins wide, ½ ins deep / 21.5cm high - 8½ ins high (with base)
The attribution to Domenico Guidi or Ercole Ferrata is based on its stylistic and thematic similarity to a set of eight bigger marble reliefs, four by each sculptor, that are set over the small doorways, ‘porticelle’, round the choir of Borromini's major Roman church of Sant’Agnese in Agone situated on Piazza Navona, Rome. These reliefs depict the same plump and attractive cherubim in flight bearing the symbolic instruments of Agnes’s martyrdom, a sword, a brazier and a lamb for which Ferrata was paid in 1658 and Guidi in 1669.
The cherubim flank a short column against which Christ was tied and whipped at the command of Pontius Pilate, surrounding the column lie the symbolic instruments of the Passion, a leather ‘cat of nine tails’ to the left and a scourge of thorny twigs to the right. St Veronica of Jerusalem is said to have wiped the face of Christ with her veil whilst he was carrying the cross to Calvary. According to early Christian tradition the linen cloth became imprinted with the image of Christ’s face and became one of the most revered relics of the Christian church. The legend states that St Veronica bore the veil away from the Holy Land and used it to cure the Roman Emperor Tiberius of an illness. It was seen in Rome in the 8th century and was in St Peter’s by 1297. St Veronica’s act of kindness is represented in the sixth of fourteen Stations of the Cross and this plaque was probably one of a series used in a shrine context in a private devotional chapel. 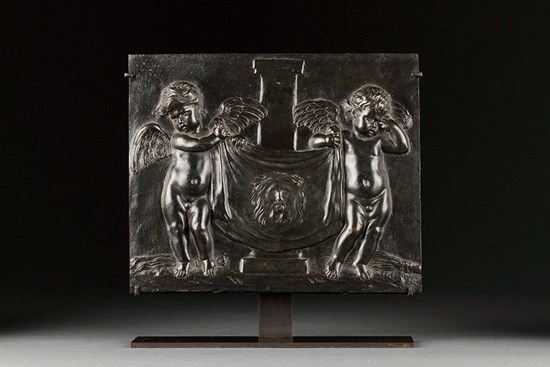 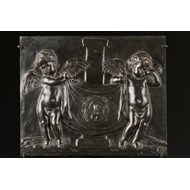 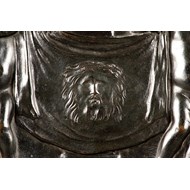 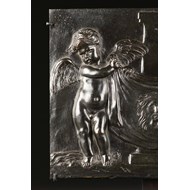 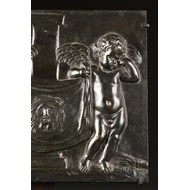 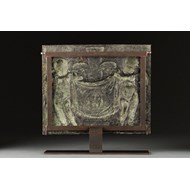 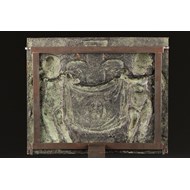 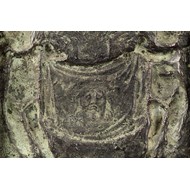