Caption Literature
An Exceptional New Zealand Maori ‘Taiaha’ of early form the long flared blade terminating in a stylised projecting tongue shaped head decorated with scrolling ornament
Old rich dark brown silky glossy patina
Late 18th – Early 19th Century
Size: 177cm long, 7cm wide - 69¾ ins long, 2¾ ins wide
Before the arrival of Captain Cook the Maori did not have metals and used hardwoods such as ake-ake (dodona) and manuka (leptospernum) as well as hardstones and the bones of cetaceans to make their weapons. The ‘taiaha’ became known as the most characteristic weapon of the Maori as it was almost constantly in the hands of persons of distinction. In fact they were thought of as carved staffs of rank. Not only was it a weapon capable of scientific use, possessing a traditional role in warfare somewhat like that of the English quarterstaff, but it was indispensable to the chiefly orator as he trod the ‘marae’ and delivered his speech.
The management of the ‘taiaha’ as a fighting weapon was studied with as much care and attention by a Maori warrior as a European swordsman gave to the mastery of a glistening steel blade. The Maori also understood the etiquette of the ‘taiaha’ in adding force to an argument or accentuating an oratorical flourish, and these moves were much practised by men of rank. The ‘taiaha’ was also believed to possess great powers of prophetic augury and in the hands of those capable of performing the proper incantations the result of a battle could be ascertained beforehand. The method was to lay the ‘taiaha’ upon the ground before the war party whilst the chief performed the necessary ‘karakias’ and if the gods were propitious, the ‘taiaha’ would turn itself slowly over before the assembled eyes of the community to the utter confusion of the enemy. 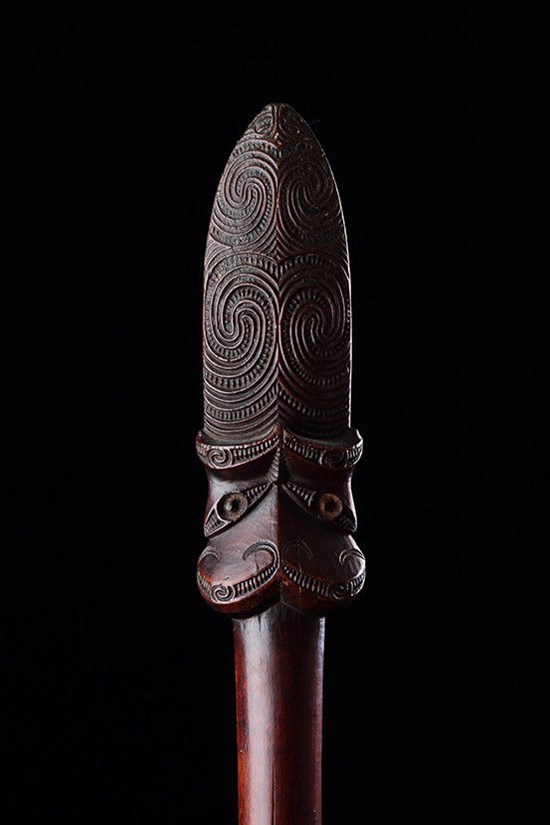 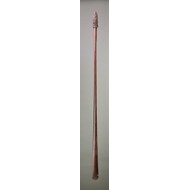 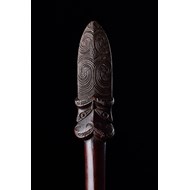 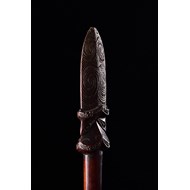 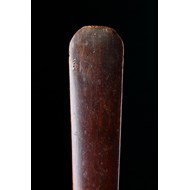 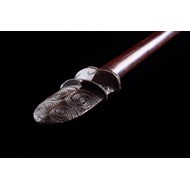