Caption Literature
A Rare Chinese Baked Clay Head of the Bodhisattva Avalokitesvara ‘Guanyin’ the face with delicate contemplative feminine features a tall headdress and pendulous earlobes
Traces of polychrome and gilded gesso on buff baked earthenware
Early Ming Dynasty / 15th Century
Size: 22cm high, 16.5cm wide, 14.5cm deep - 8¾ ins high, 6½ ins wide, 5¾ ins deep / 36cm high - 14¼ ins high (with base)
The Bodhisattva Avalokitesvara, the Chinese goddess of compassion and mercy, Guanyin has historically been one of the most popular and favoured Buddhist deities in China. Her full name ‘Guanshiyin’ means ‘she who hears the cries of the world’. She was known as the ‘compassionate’ Bodhisattva during the Tang and Song dynasties (7th and 13th centuries) and portrayed as a male figure, but by the Ming dynasty the deity was depicted as a beautiful serene female figure. This was probably in part due to the lack of suitable figures for women to worship. Many of Guanyin’s reputed powers, as for example, her ability to ‘send sons’ are specifically concerned with women’s issues.
As a Bodhisattva, Guanyin is an enlightened being who has put off entering paradise in order to help others attain enlightenment. Her worldly ornaments such as her headdress, are in sharp contrast to the usual austere and plain images of the Buddha, emphasising her non-ethereal status. However, it is still commonly believed that anyone who can recite Guanyin’s name in times of distress will be heard and rescued by her, which is why she is the most worshipped deity in Buddhism. 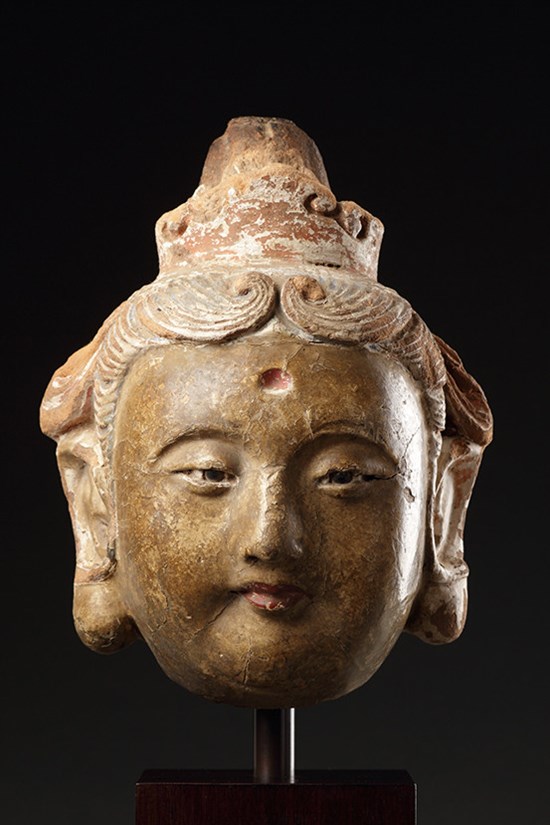 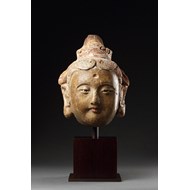 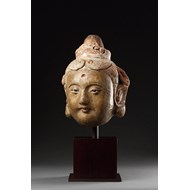 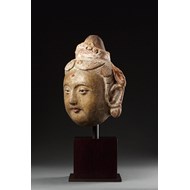 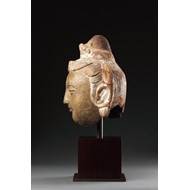 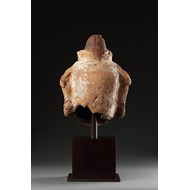 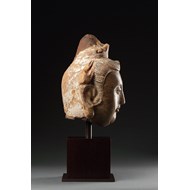 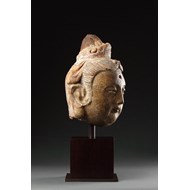 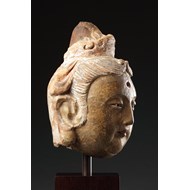