Caption Literature
An Ancient Romano-British Bronze Cheekpiece from a Horse Bit the Terminal formed as an Alert Hound with Erect Ears
Smooth reddish brown patina
2nd - 3rd Century AD
Size: 7.5cm long, 2cm wide - 3 ins long, ¾ ins wide / 7.5cm high, 3 ins high (with base)
‘And so, having reformed the army quite in the manner of a monarch he set out for Britain and there he corrected many abuses and was the first to construct a wall, eighty miles in length which was to separate the barbarians from the Romans’ (Historica Augusta. Hadrian 11.2.)
Hadrian’s Wall is regarded as one of the finest surviving remains of antiquity north of the Alps. A permanent reminder of the glory that was Rome. Constructed between AD 120 to 128 the complex of frontier installations ran from sea to sea over 73 miles long with an extension down the Cumbrian coast and with numerous support forts on both sides of the wall. Nether Denton was one of these ancient military sites, not far from Denton Foot Cottage where this object was found.
The wall was a testimony to the Emperor Hadrian and the Roman governments ability to defy both natural geography and political boundaries. However, rather than combating any real political threat, the wall served its purpose in occupying the energies of the Roman army, and for nearly 300 years Britain possessed an awesome artificial frontier, designed to keep out the ‘Brittunculi’, the ‘wretched Britons’. 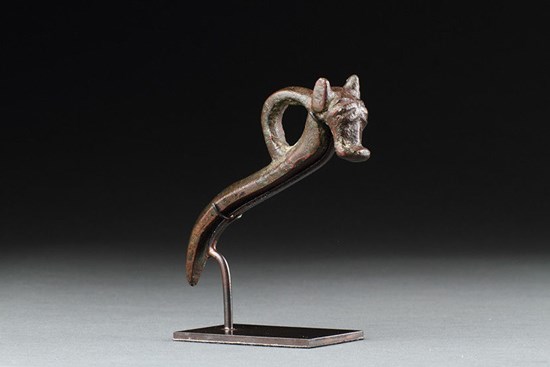 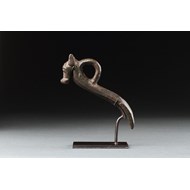 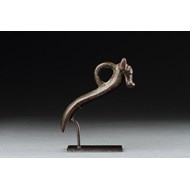 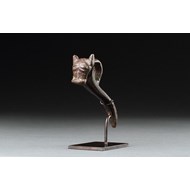