Caption Literature
An Ancient Luristan Miniature Bronze of a Stag with Antlers
Old smooth greenish patina
10th - 8th Century BC
Size: 3.5cm high, 5cm long, 1cm wide - 1½ ins high, 2 ins long, ½ ins wide
Naturalistic representations of animals were found in burial contexts in Lorestí£n in the Zagros mountains during the 19th and early 20th centuries. The Zagros is the largest mountain range in Iran forming a natural geographical border, and they are considered sacred by the Kurdish people.
These small bronze figures were most probably votive offerings that were laid near the dead. The stag was revered as one of the swiftest animals and therefore capable of helping to speed the spirits of the dead on their way. 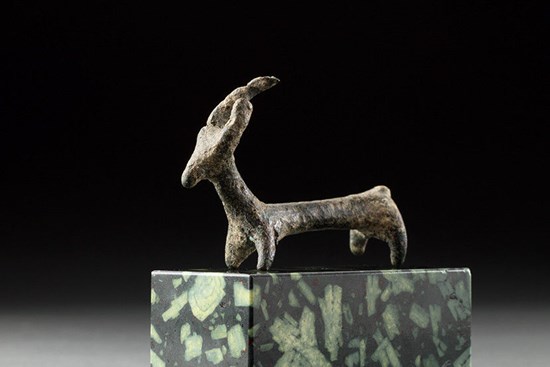 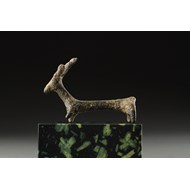 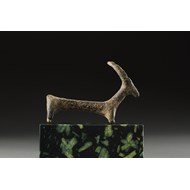 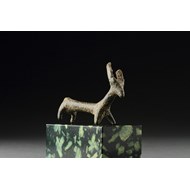