Caption Literature
A Very Rare Gold Falconer’s Call or Whistle with Pendant Loop
Perhaps for a Noble Lady
English or French
Blown with the aid of an inserted reed
15th - 16th Century
Size: 5cm long - 2 ins long
Originating around 1000 BC in the Asian steppes, falconry rose to become the favourite sport of European nobility and royalty during the Tudor age. With Henry VIII it was an obsession. He hawked both morning and afternoon if the weather was fine, and built a royal ‘mews’ at Charing Cross to house his precious birds. ‘Mews’ were originally built in London to house birds of prey while they moulted in the summer months. Shakespeare used many obscure falconry terms in his play ‘Taming of the Shrew’ and numerous terms have entered the English language and are still in general use: ‘fed up’, ‘haggard’, ‘hoodwinked’ and ‘cadge’.
Birds were trained to return to the call or whistle which were frequently made of wood or bone, but rarely of precious metal like this example. The peregrine is the noblest and most challenging of falcons to train and will take grouse by climbing dot high above heather moorland before folding its wings in a mesmerising 1000 foot towering, magnificent stoop. 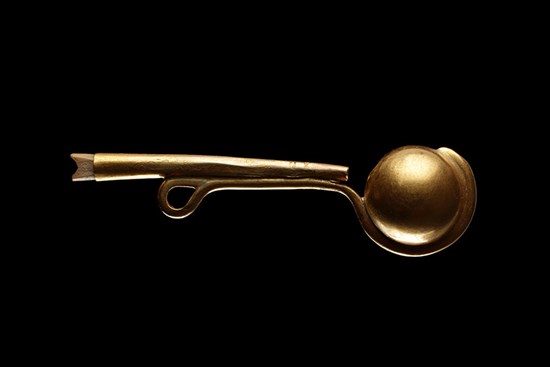 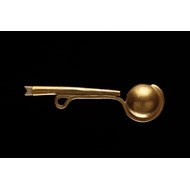 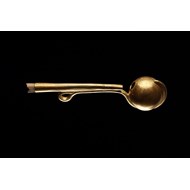 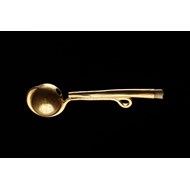 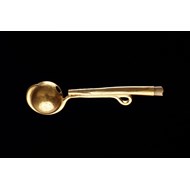 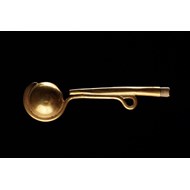 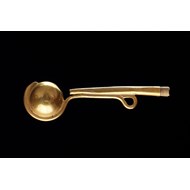 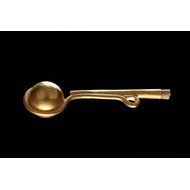