Caption Literature
A Curious South German Bavarian Alpine Shepherd’s Talismanic Rosary Strung with Carved Wooden and Iron Amulets and Votive ‘Arma Christi’ a Bone ‘Memento Mori’ Skull Sheep and Deer’s Teeth and a Cross Made of Two Deer Fibula
Late 18th – Early 19th Century
Size: 74cm long - 29 ins long
A ritual object carried to aid protection, this rosary was believed to have amuletic and curative properties. The bones and teeth were regarded as the repository of beneficial powers and thus a defence against the influence of evil forces. Worn suspended from a girdle or as part of a domestic shrine, the rosary was a talisman as well as an indicator of faith since the hope of salvation in the next world ran in parallel with anxiety about the present. A belief in magic blended with religious faith played an important role in an age with few protections against illness, injury or natural disaster. 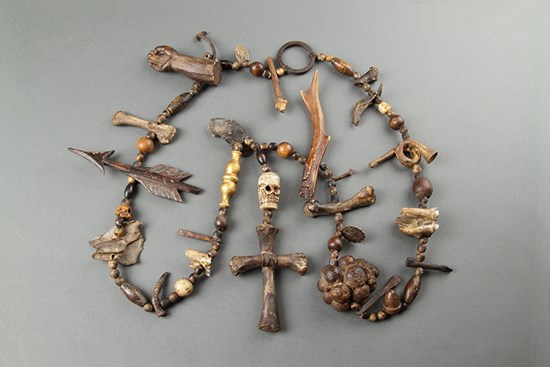 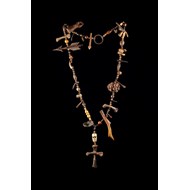 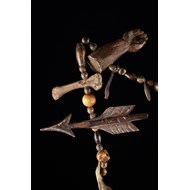 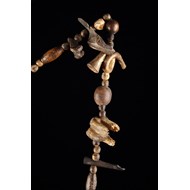 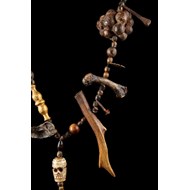 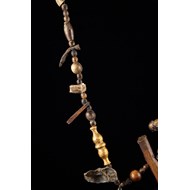 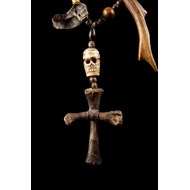 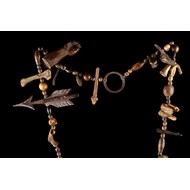