Caption Literature
A Fine Carved Ivory Oval Portrait Medallion of the Young Queen Victoria (Reigned 1837-1901)
Signed ‘ N Schrí¶dl.f ’
A Label to the Reverse Inscribed in Ink Reading: ‘Victoria de Kent. Reine D’Angleterre 1819-1901 Couronneé en 1837 í  Westminster Impératrice des Indes en 1876 âœ· Portrait í  25 ans par Norbert-Michaí«l Schrí¶dl né en 1816 et Mort en 1890 í  Dresde’
The ivory plaque bound in a brass frame
Circa 1841
Size: 14.5cm high, 10cm wide, 2.5cm deep - 5¾ ins high, 4 ins wide, 1 ins deep
The Austrian ivory carver and sculptor Norbert-Michael Schrí¶dl was born at Schwechat near Vienna in April 1816 and died in Dresden on 1st December 1890. His two sons, Norbert and Leopold, were also artists and the family travelled through Europe from court to court to gain commissions. The ivories turned and carved in Austria and Germany from the 16th to the 18th centuries are amongst the finest ever made and it is from this tradition that Norbert Schrí¶dl came. His work naturally follows on from the portrait medallions of the 18th century created by Carl August Lí¼cke ‘the Elder’, and his son or nephew, ‘the Younger’.
On February 10th 1840 Queen Victoria married her first cousin Prince Albert of Saxe-Coburg and Gotha. She had first met him in May 1836 when her mother, The Duchess of Kent, together with her brother King Leopold of Belgium arranged a meeting. William IV strongly disapproved of any match with the Saxe-Coburgs, favouring instead the suit of Prince Alexander, the second son of the Prince of Orange. However, Victoria was keenly aware of all these matrimonial plans and critically appraised a parade of eligible princes. She disliked Alexander, describing him as ‘very plain’, but of Albert she wrote ‘extremely handsome... he has a beautiful nose and a very sweet mouth with fine teeth; but the charm of his countenance is his expression, which is most delightful’. 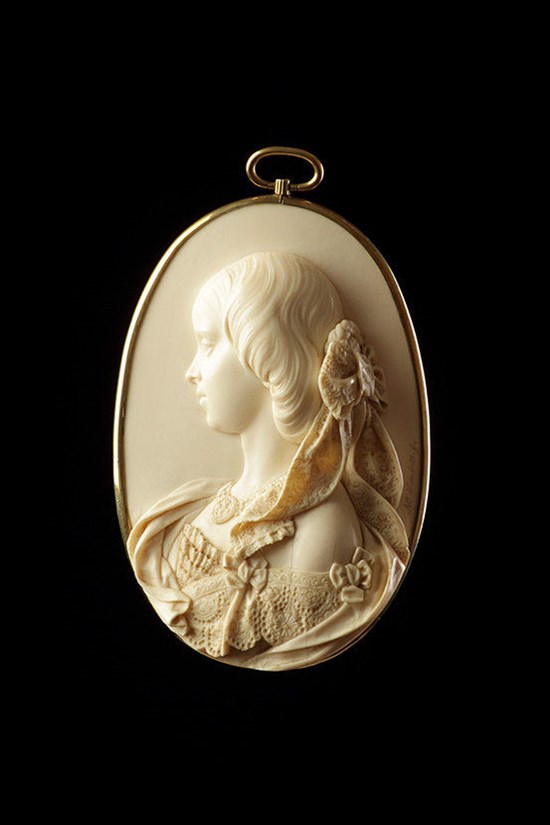 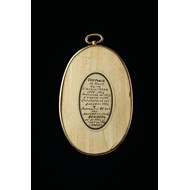 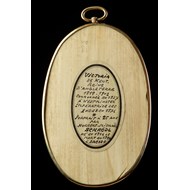 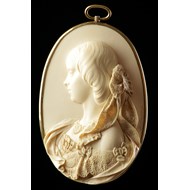 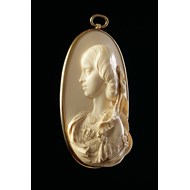 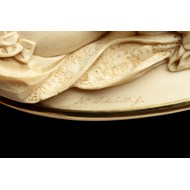