Caption Literature
An Unusual Northern British Treen Engraved Yew Wood Folk Art Walking Cane Carved by James May, Dated 1841
Decorated with the alphabet numerous fantastical animals and birds including a Giant Mouse, Hedgehog, the Sun and Moon, a Windmill and a Kilted Scotsman
Signed by James May
Circa 1841
Size: 89cm long - 35 ins long
During the long Winter months, before the coming of electricity, there was little work that could be done outside in Northern Britain. Woodworking tools provided men with indoor work whilst women sat at looms, spinning wheels, lace or needlework. With so many hours compulsorily spent indoors time is often of even less account than material and in consequence each man developed the patience to create for the farm and home a wealth of objects in accordance with his taste and skill.
Folk art was a natural and unconscious form of self expression and traditionally the craft of wood carving was a masculine occupation. The carving and decoration of objects such as this engraved yew wood cane were essentially labours of love and as such were given to sweethearts. In daily use, these objects would provide a constant reminder of the maker. 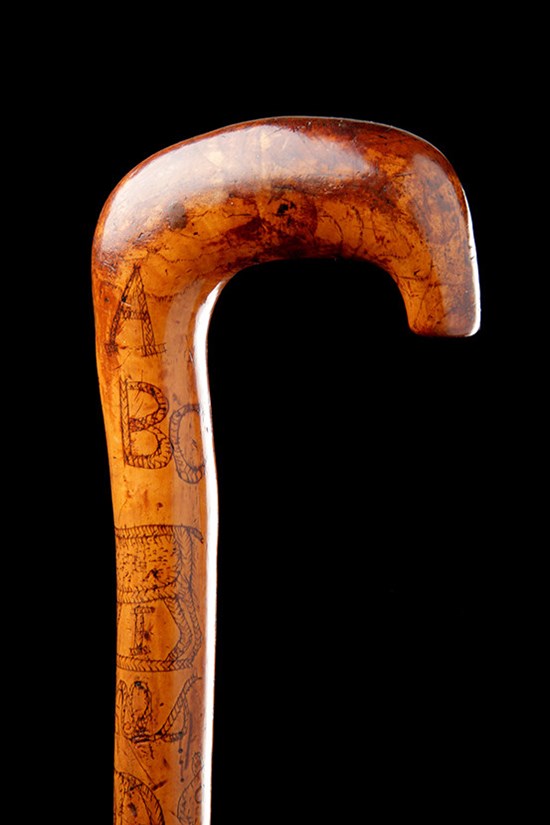 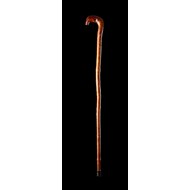 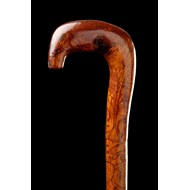 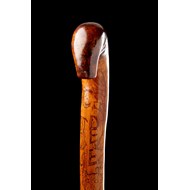 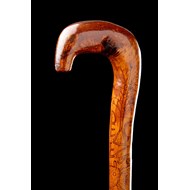 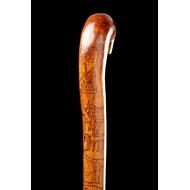 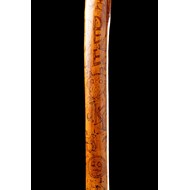 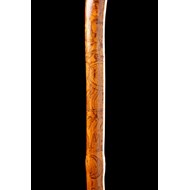 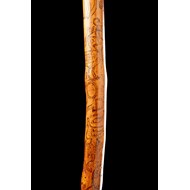 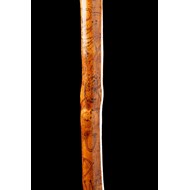 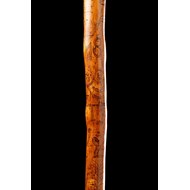 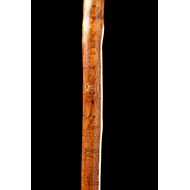 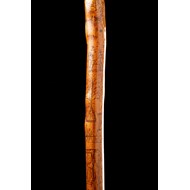 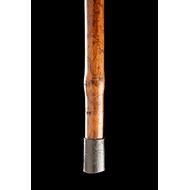 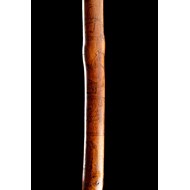