Caption Literature
An Ancient Egyptian Coptic Bone Plaque Carved with a Dancing Deity
400 – 650AD
Size: 4cm high, 2.5cm wide, 4cm deep - 1¾ ins high, 1 ins wide, 1¾ ins deep
After the death of Cleopatra and Mark Antony in 30 BC, Egypt was made a province of the Roman Empire and over time became a majority Christian country before later having a mostly Muslim population. The introduction of Christianity was perfectly timed. Great social and institutional changes due to the Roman conquest of Egypt provided a spiritual need for a simple religion that promised a wonderful afterlife in exchange for suffering in this world.
The Christians of Egypt found protection in the symbols of their ancestors. The Ankh, the ancient symbol of life was adapted as a secret symbol of Christ. The cross was a Roman symbol of shameful death, but with the ankh became the new Christian symbol assuring the survival of the ancient hieroglyph.
The deity represented on this plaque dancing and wearing a tunic is perhaps Isis or Demeter who was the goddess of the earth’s fertility and of bountiful harvests. As divine mother she was protectress of regeneration, and her cult was gradually assimilated into the Christian worship of the Madonna. 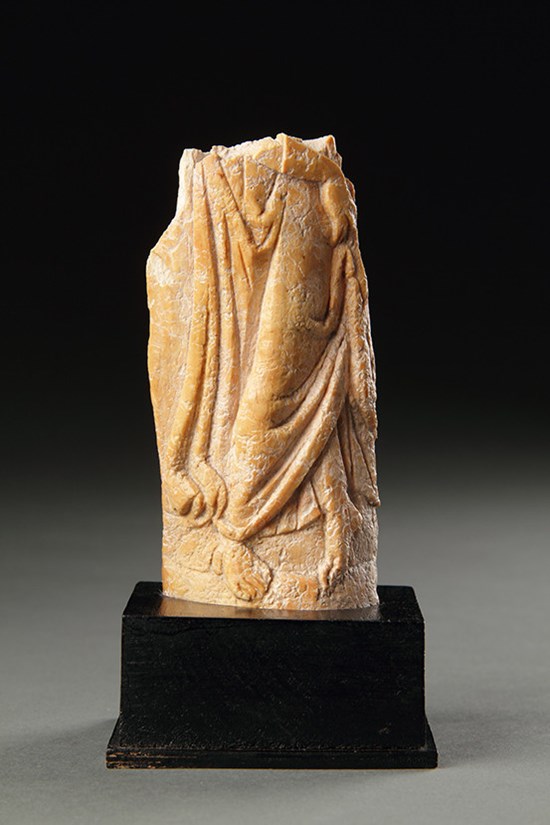 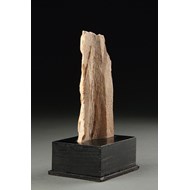 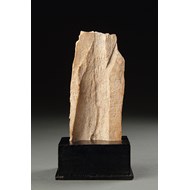 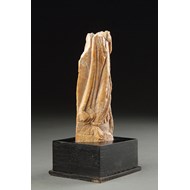 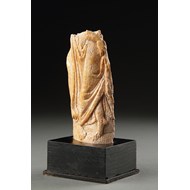