Caption Literature
A Rare Sailors Scrimshaw Engraved Sperm Whale Panbone Depicting a Scene of Two Whaling Barks and Four Whaleboats Pursuing Two Whales off a Distant Coast
First Half 19th Century
Size: 29cm high, 81cm wide - 11½ ins high, 32 ins wide
Much sailor’s scrimshaw was decorative rather than practical with many articles being made as ‘conversation pieces’. Large sections of panbone provided the surface for more elaborate and extensive engravings often depicting several ships in an Arctic whale hunt. Sometimes, as with this example, the panbone was used in its original form, other pieces were cut in a rectangular shape. Occurring as a section at the back of a sperm whale’s jaw, panbone served as a perfect canvas for a whale man’s depiction of events when out hunting the elusive sea mammal. The design was first outlined or scratched upon the surface, and patience was the key to the actual engraving. The use of inks to complete the picture was customary, but as India ink was often not available, lamp black, tar, soot or ship's paint were utilised. Painstaking efforts produced outstanding pieces and some whalers revealed an artistic insight which has made their scrimshaw both valuable and sought after. 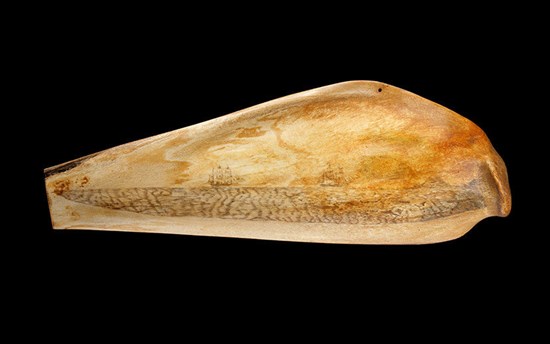 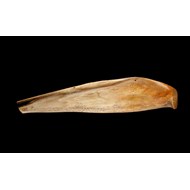 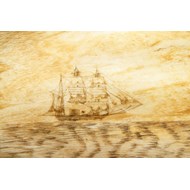 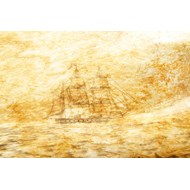 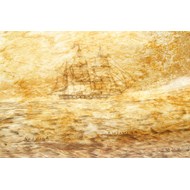 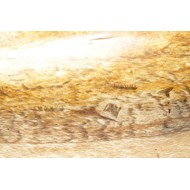 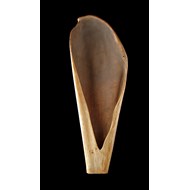