Caption Literature
A Rare Early Bering Strait Inupiak Eskimo Walrus Ivory Drill Bow with Incised Pictographic Designs on Three Sides Including Hunting Scenes on Land and Sea, Herds of Caribou Fish Drying by an Igloo and People Foraging
An old break to one end redrilled and perhaps used later as a bag handle
Old dark smooth silky patina
Thule Culture 18th Century
Size: 19cm long - 7½ ins long
A drill bow handle is one part of a bow drill which is used to make holes or create a combustible level of heat. The first known drill bow was obtained by Captain Cook’s expedition of 1778 when the decoration was incised with the sharp edges of flints. These incisions were then applied with a mixture of oil and graphite or wood ash to bring the design dramatically to life. There are two kinds of pictorial decoration found on drill bows. One is a record or tally of animals killed or boats made during a certain period and the other is a visual narrative of activities, perhaps detailing specific personal experiences, the adventures of a lifetime.
Engraved over a period of months or even years, the best ones were kept and handed down in the family. No other ethnic art form is so distinctly identifiable as that of the Eskimo and these incised designs present an unmistakable and unique image of a vanishing Arctic culture. 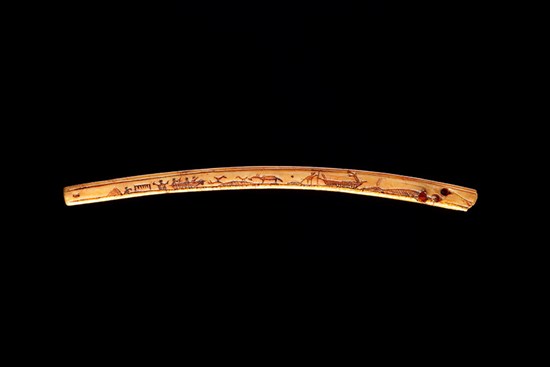 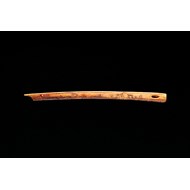 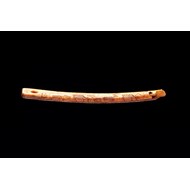 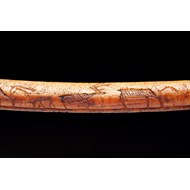 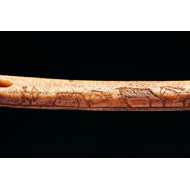 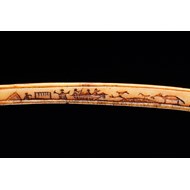 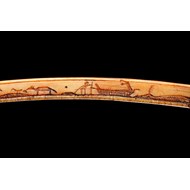 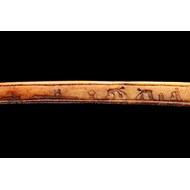 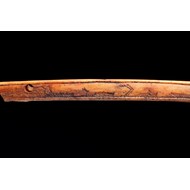